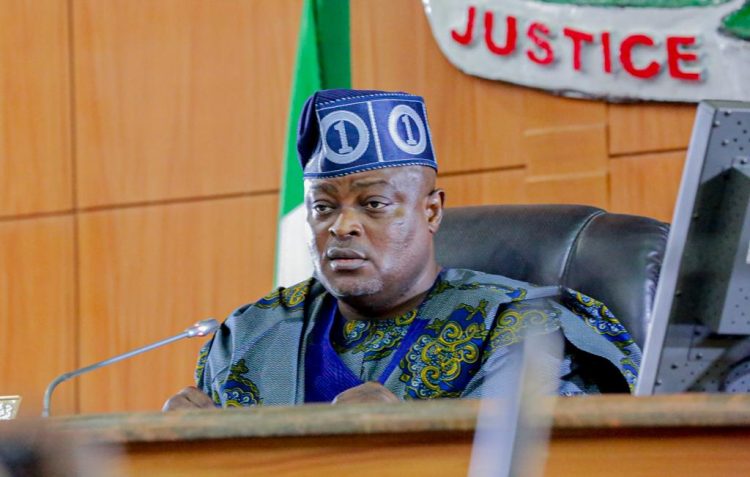 Obasa stated this during the maiden edition of the Bola Ahmed Tinubu (BAT) Unity Cup 2021, at the Agege Township Stadium on Saturday in Lagos.

According to him, the tournament will be played among the 20 local governments and the 37 local council development areas (LCDAs) in the state for three weeks.

He said that the tournament was organised in honour of the All Progressive Congress leader, Asiwaju Bola Tinubu, in commemoration of his birthday and to foster unity among youths.

Obasa, represented by Ipoola Omisore, Director-General of the BAT Foundation, said the competition was to engage the youths in football and to also discover new talents that could replace the aged players.

“We believe the tournament will further engage the youths in football activities rather than for them to be engaged in anti-social activities that can jeopardize their future.

“The competition, featuring two matches daily, ends on April 2, with the winner going home with a mouth-watering price.

“As you know, youths engagement is very important in keeping them busy and fully engaged in a way to ensure proper development of their mindset.

“This is because sports do a lot of development in the youths and this is one of the ways we can engage our youths within the system,” he said.

The speaker urged the state government and corporate bodies to channel their resources to engage youths in sporting activities in the state.

Mr Gholahan Yishawu, representing Eti-Osa Constituency II, urged the government to create a sporting competition for the youths to assist them to discover their talents.

Yishawu commended BAT foundation for putting the tournament in place and bringing together teams from all the 20 local governments and the 37 LCDAs in order to ensure inclusion.

The News Agency of Nigeria (NAN) reports that in one of the two matches played on Saturday, Lagos Mainland LG defeated Bariga LCDA 5-0. The other match between Alimosho LG and Ikorodu North ended in a 1-1 draw.