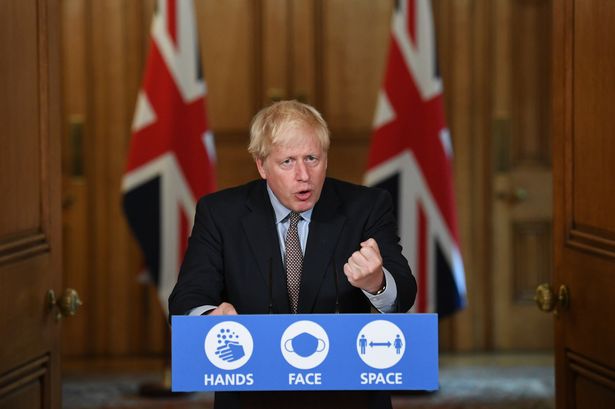 Like much of the world, you probably watched Meghan Markle last week and shuddered. But you shouldn’t be surprised. Today, the dubious honour of being the dumbest country in the world goes to…Britain. It’s a nation that’s completely destroyed itself, and will probably never recover. Even America’s better off than Britain, and that’s saying something. And rarely has a country imploded in so short a time.

Not so long ago, Britain was the envy of the world. It had the world’s best healthcare system. You could walk down the street, go to the doctor, and literally have the world’s best healthcare on your doorstep. It had the world’s finest public broadcaster — the BBC. The middle class was expanding, growing in wealth and happiness. It was part of the world’s most successful political union, the EU — and Brits had the right to live and work across Europe, something that many Americans would kill for. Britain, too, had a special relationship, as it came to be called, with America — cousins in whiteness, in Anglo-ness, friends and allies and partners. Britain had one of the world’s highest qualities of life, period. It was a gentle, intelligent, warm, friendly, and wealthy society.

That was just…a decade or two ago. And now? Britain is a failing state. Don’t take it from me, take it from former Prime Minister Gordon Brown. It’s a nation that imploded into stupidity, ugliness, hate, brutality, ignorance, greed, racism — all of which were on vivid display as Meghan Markle recounted how badly she’d been treated.

The story goes like this. After the financial crisis in 2007, Britain had just elected a conservative government. They sold the population the foolish myth that they were “broke” — and now belts needed to be tightened. Never mind the fact that the correct way to respond to a financial crisis is to stimulate the economy. Instead, Britain began a savage course of austerity. All those famous public services — the NHS, the BBC, and so on — were slashed. And then slashed again. And then eviscerated.

The bottom fell out of the economy. Public sectors are an economy’s biggest employer, or one of them. Unemployment and poverty soared. The government responded, amazingly, with even more austerity. By now, the population believed this most foolish myth of American economics: when times are tough, cut spending. Wrong. When times are tough, invest more than ever. But Britain did just the opposite.

And so soon enough, what was eminently predictable came to pass. One of the few trustworthy and useful findings in economics is that after financial crises, countries tend to swing hard, hard right: nationalism erupts. Why? Because governments usually respond the wrong way, choosing austerity over investment. People grow poorer. Their social contracts wither. They begin to live in anxiety, fear, and despair.

And before you know it, demagogues are blaming their woes on foreigners, immigrants, minorites — anyone remotely alien or other. “America First!” “Britain for the British!” Nationalism happens by way of financial crisis become economic ruin, via the invisible fist of austerity. And as people grow poorer, they grow more ignorant, violence, brutal, selfish, and careless.

So which minority did Brits scapegoat for their woes? In America, it was Mexicans and Latinos that Trump scapegoated for the problems of the “real” American. In Britain, incredibly, it was Europeans. What had gentle Europeans ever done to hurt Britain? Nothing at all. In net terms, the EU was one of the biggest investors in Britain, it’s biggest trading partner, a reliable friend. Millions of Brits lived in Europe, and vice versa. What was the problem?

There was no problem. But Brits, by this time, were foolish believers in Big Lies. Austerity is the solution to growing poverty, not the cause of it. Those people are responsible our problems. Hey — all we have to do is “take back control” of our country from them!

A new wave of demagogues peddled these incredible, insane, baffling lies. From Farage to Johnson, Britain — the gentle, wise, intelligent, expansive one — was put to the torch. It became a nation afflicted by a fever dream of nationalism. An ugly, selfish, stupid, and violent one.

So it chose Brexit, cheering and applauding. Wait, what was there to cheer for? Leaving your biggest trading partner? Without a backup plan? How were you going to feed and clothe and employ your nation? Did anyone think about this? Nope. By now they were buying more, even more incredible and bizarre Big Lies. “Global Britain” was going to emerge. Britain was going to replace the EU with trade deals in Asia and Africa and America. Wait, what? Weren’t all those places thousands of miles away? And did they even make things like world-class cars or wine or cheese or medicine? What the? What kind of idiot would believe all this?
The answer to that question, sadly, was much of the country.

It wasn’t just the hard right that supported Brexit. Amazingly, the left did, too. It was called “Lexit.” The left bought all these stories, these myths, and added one of their own. The EU wasn’t worth belonging to. Wait — wasn’t the EU the world’s largest social democracy? History’s most successful project of social democracy? Wasn’t it 27 nations, making decisions jointly, to invest in each other, to give all their people basic public goods and human rights? Of course it was.

But the British left was so painfully stupid that it couldn’t see it. It, too, was blinded by the fever dream of nationalism. We can build a communist utopia without those evil capitalists from the EU! You fools, the EU is history’s greatest example of what the left can achieve. It is an entire continent where people have healthcare, retirement, education, income, housing, as basic human rights. Karl Marx would be astonished and proud. But that wasn’t good enough for the arrogant, bumbling, astonishingly uneducated, inept, and clueless British left — having built history’s greatest social democratic project, period.
The British left was so traumatically stupid that it believed the Big Lies of the right. How amazing is that?

The biggest one of all: nationalism. Nationalism says: “we’re better off on our own. We’re better than them. We should be competitors with everyone, not friends, but adversaries. We’re only in it for ourselves. Our only motivations are greed and self-interest. We are aggressive and cruel and hostile. We put advantage and gain before friendship and community.” But none of that is true. What proves it? The EU does. It’s vastly more successful as a society than Britain or America. The European Miracle — people enjoying the highest living standards in history, in one lifetime — is powerfully real. It proves that nationalism is the biggest lie of all.

So what is it like now? Well, it’s a place where a mixed-race lady can be Princess, and still be abused in the open. Think about that for a second. But let’s go a little deeper.
If you live in London, you might not know it, but you’re going to be getting American style healthcare bills soon. That’s because GP practices in London have been sold off to an American “health insurer.” That’s going to make Americans chuckle — because it’s crazy. Brits aren’t going to know what hit them when they get a bill for, say, $4000 for an X-ray. But of course that’s what’s coming, because American “health insurers” aren’t in it for human kindness, but for money. Who’s dumb enough to choose American style healthcare — despite having had the best healthcare system in the world? Britain is.

Then there are the consequences of Brexit. Recently, the head of the trucking association delivered damning statistics. Trucks were more than half empty, because where there used to be free trade, there was now red tape. Small and medium and even big businesses were choosing simply not to send stuff, because the red tape — customs forms in huge numbers — was simply too costly, not to mention duties and fees.

The government got on TV, and just made up numbers “contradicting” it. LOL. So the head of the statistical society said, “Hey, nobody knows where you got these numbers from. Are they even real?” No reply.

The British economy is having the equivalent of a heart attack. Trade is coming to what’s know as a “sudden stop” in economics, and that’s about as dire as it sounds. Only nobody can say exactly how much, because the government’s busy cooking the books, so it doesn’t look as horrifically inept as it is. Amazed yet? Then try this: hope to order something from Europe now, and odds are you just can’t get it. That’s because trade has become too costly, so more and more businesses in Europe simply don’t ship to Britain anymore.

So where do Brits…get stuff? After all, not that much is made in Britain. The answer is: they won’t. Once the stockpiles run dry, which is probably by the summer, Brits simply will begin going without a lot of things. European food, wine, medicine. The British government recently proposed banning European water. LOL. That’s how fanatical these fools are. Never mind that the quality of life for the average person is going to fall massively — and so is employment, because, well, Europeans won’t be buying from Britain, either.
See how all that makes America look smart? At least by comparison? Nobody, and I mean nobody, is dumber in the world today than Britain. Dumb enough to choose American style healthcare and media over the NHS and BBC. Painfully, tragically, stupid enough to scapegoat its’ best friend and largest trading partner for the mistakes its own government made — and then break up with its friend, instead of elect a better government. Plunging itself into economic ruin — unemployment, poverty, scarcity, shortage. That will last decades and generations.

Gordon Brown wasn’t kidding when he said Britain’s becoming a failed state. So what made it one? Well, you saw it on TV. What Meghan Markle encountered. Had to go through. The old toxic attitudes of hate. Arrogance. We’re-better-than-you-ness. Selfishness. Supremacy. Racism. Bigotry. They hated Meghan Markle, and they hated Europe. So who do they like? The answer is: nobody. They think they’re better than everyone else, and deserve to rule them. All that’s stuff left over from imperialism, from being an empire. But Britain doesn’t own the world anymore. It doesn’t even own a lot of Britain — Arabs and Chinese do. It’s not an empire. And that old mentality, those attitudes of hate, supremacy, arrogance, in this day and age? All they do is lead to self-destruction.

Supremacy — which is what nationalism is really about — led Britain to implosion. So fast and so complete that even it’s own former Prime Ministers are horrified, baffled, and stunned. Oh, and by the way — the government still has a double digit lead. Nothings going to change anytime soon, maybe ever. The nationalism — its ugliness, hate, racism, selfishness, greed, toxicity — that wrecked Britain is here to stay. Its people haven’t learned a thing.

That should be a lesson to the world. A tragic, maybe funny, maybe fitting one. See the sad, strange, stupid tale of the world’s dumbest country? It used to be one of the world’s best places to live. And it destroyed itself in just 20 years, so completely that it will never be remotely the same again.

Learn that story well. Don’t ever, ever repeat it.