Is this Burna Boy's year at the Grammys? Wizkid too? 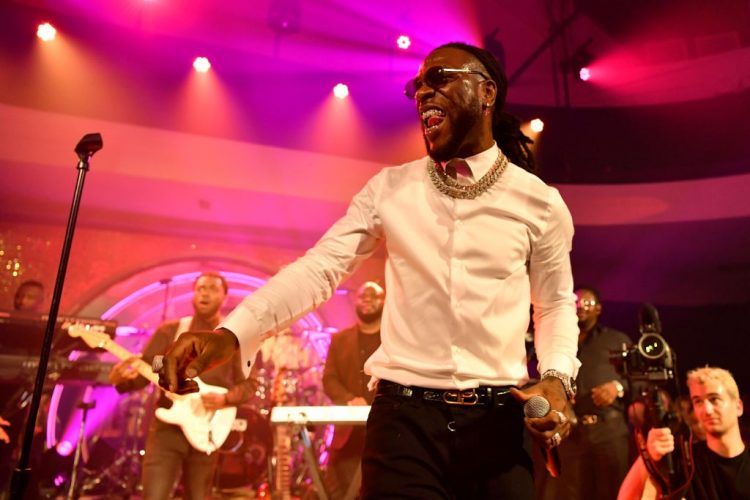 Burna Boy has returned to the nomination list for a second time.

Fans believe he has a better chance now after being beaten by Angelique kidjo in his last attempt.

He is nominated in the Best Global Music Album category for his 2020 album “Twice as Tall”, alongside four others including Malian band Tinariwen and US band Antibalas.

Burna Boy who rose to prominence in 2012 after releasing ” Like to Party” the lead single from his debut studio album, L.I.F.E has not looked back since then.

He has gotten series of international endorsements from global music acts and even former US President Barack Obama.

He has also won many music awards.

So far, he has won the BET Award, MTV Europe Music Award,  All Africa Music Awards, Sound City MVP Awards, among many others.

The Afropop star who was a voice to reckon with during the nationwide #EndSars protest is lined up for the Grammy award alongside another music star, Ayo Balogun aka Wizkid.

Wizkid features in Beyonce’s Brownskin girl song. He has seen his name included in the award nominees list for Best Music video.

Burna Boy and Wizkid getting their #GRAMMYs today! 🦍🦅🇳🇬 pic.twitter.com/2fGky6vFQ0

Burna Boy & Wizkid are both nominated, bring it home kings!! 🦁 🦍

#GRAMMYs
Congratulations to Burna Boy and Wizkid in advance.

My heart goes out to artistes in the same nomination as Burna Boy and Wizkid.