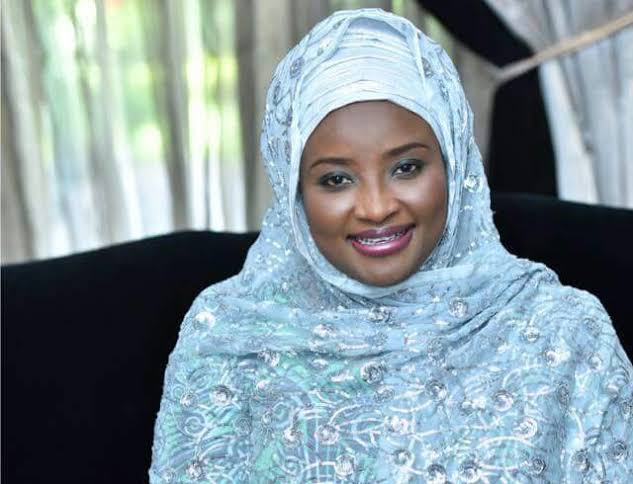 Dr Zainab Shinkafi-Bagudu, the wife of Governor Atiku Bagudu has donated N5 million to Sokoto State University for the promotion of Islamic Studies in memory of her late father, Aliyu Shinkafi.

Alhaji Abubakar Dakingari, the Chief Press Secretary (CPS) to Gov. Atiku Bagudu of Kebbi, stated this in a statement made available to newsmen on Sunday.

Dakingari said that the governor’s wife made the donation during a combined 1st, 2nd and 3rd convocation and investiture of Chancellor and conferment of Honourary Degrees and award of Bachelor Degrees to deserving personalities by the Sokoto State University held in Sokoto.

She explained that her father, a former Commissioner of Police and a former Director-General, National Security Organisation (NSO), had contributed to the sustenance of peace, security and tranquillity of the entire Nigeria.

She said that she was highly appreciative of the good gesture exhibited by Gov. Aminu Tambuwal, who named the Senate Building after her late father,  Aliyu Shinkafi while naming the Library after late Inuwa Abdulkadir.

“On behalf of Shinkafi family, I want to donate the sum of N5 million to the University Endowment Fund for the promotion of Islamic Studies in memory of my late father and N250,000 each to the best graduating students in Arabic and Microbiology,” she said.

In his address, Gov. Atiku Bagudu of Kebbi said that the government would holistically implement all recommendations contained in the Prof. Attahiru Jega-led committee on educational development in the state.

He recalled that Kebbi, Zamfara and Sokoto had resolved to establish the committee of eminent educationists led by Prof. Jega to recommend how best to improve the quality of education from primary to tertiary level.

Bagudu noted with satisfaction that Kebbi had achieved progress in its educational pursuit as some schools were upgraded to higher levels toward reaching the target goal.

The governor expressed gratitude to Gov. Aminu Tambuwal of Sokoto State for his support for the educational growth of Kebbi.

Tambuwal, who acknowledged the presence of Vice President, Prof. Yemi Osinbajo at the pre-convocation lecture on Friday also granted approval for the employment of all first-class graduates and provision of scholarship to pursue masters and PhD degrees within and outside Nigeria.

No fewer than 1,000 students received various degrees at the convocation ceremony.