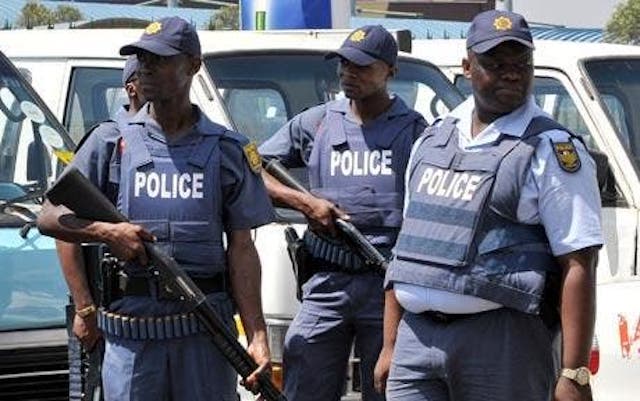 Four South African police officers were arrested on Monday in relation to the shooting and killing of a 35-year-old civilian last week.

The man named Mthokozisi Ntumba was shot dead during a fee protest by students outside Wits University last Wednesday.

He was a bystander who was struck while leaving a nearby clinic in Braamfontein.

The Police watchdog, the Independent Police Investigative Directorate (IPID), made the arrest.

The four police officers are to appear in court on murder, attempted murder, and defeating the end of justice charges on Wednesday.

IPID said some people who were shot on the same day were still in the hospital which is why the police were also facing the three attempted murder charges. (Xinhua/NAN)