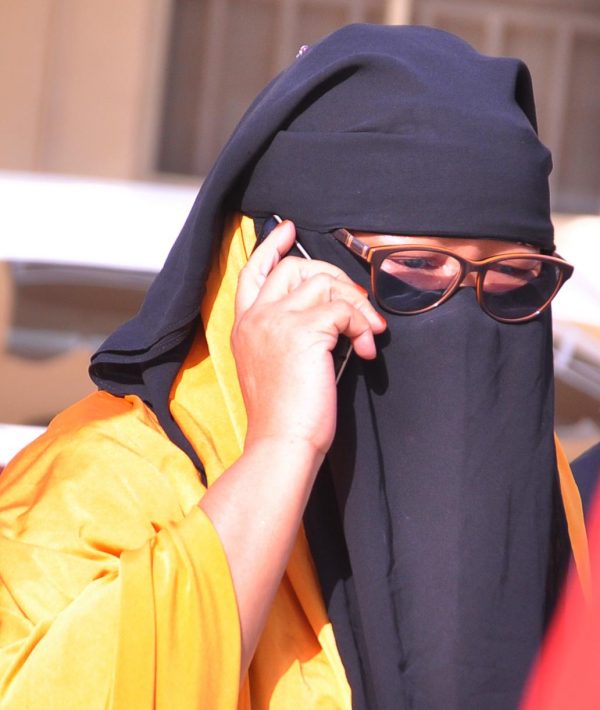 They were arraigned on a fresh three count charge on Monday, September 14, 2020 and pleaded ‘not guilty’ to the charges.

At today’s hearing, the second prosecution witness, PW2, Hussaini Garba Sawaba while being led in evidence by prosecution counsel, Alqasim Jafar, told the Court that he introduced one Alhaji Sale, the chief executive officer of Shuad General Enterprises, contractor and general goods supplier, who resides in Abuja, to the second defendant, Tahiru Saidu Daura.

“Based on the discussion between the management of Complete Care and Aid Foundation, the CEO of Shuad told me that he was awarded a contract to supply 3000 bags of white beans at the rate of N13,500 per bag, in the total sum of N40, 500,000.00 (forty million five hundred thousand naira only).

“But due to insufficient funds with the CEO of Shuad which was communicated to Daura, he suggested we meet with one Sani M. Adam, who buys and sells beans. Sani agreed to give us the needed bags of beans with the agreement that his money will be paid directly to him by Complete Care and Aid Foundation”.

The witness further testified that the 3000 bags of white beans were delivered to the store of Complete Care and Foundation situated at Living Faith Church area, Bulumkutu, Maiduguri with the Foundation taking possession of its goods by issuing a store certificate, acknowledging receipt of the said beans.

He told the court that after he received the store certificate and acknowledgement; he was informed that the bags of beans would be checked after a month of delivery and that payment would be made if they were in good condition.

“After several months, the money was never paid and the bags of beans were not returned. Afterwards, meetings were held between Shuad and the management of Complete Care and Aid Foundation at the residence of ‘Mama Boko Haram’ on how the issue could be resolved, to no avail”, the witness said.

Justice Kumaliya adjourned the matter till March 30, 2021 for continuation of trial.