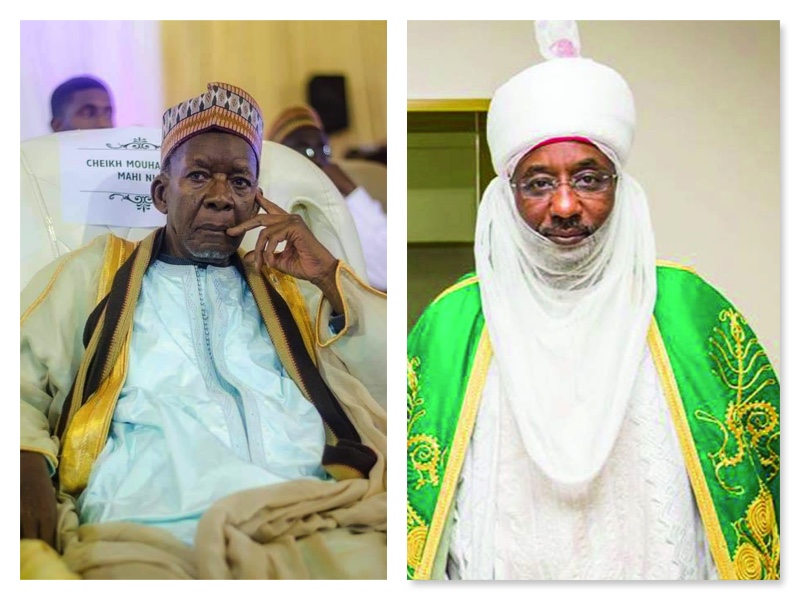 The former Emir of Kano, Muhammadu Sanusi II, has not been appointed the leader of the Dhariqa Tijjaniyya Islamic sect, contrary to reports.

Nyasa, also son and Vicegerent (Calipha) of Shehu Ibrahim Nyass, the reformer of Dhariqa said that the appointment of the sect’s leader in Nigeria must be subjected to scrutiny and nomination from scholars in Nigeria and Senegal.

“Such decisions have to be discussed at different fora, agreement must be reached before the announcement.

“After nomination, a letter of credence endorsed by group of scholars, duly signed and stamped by grand world leader (Caliphatul Arrm) must be presented to the person appointed,” Mr Nyass said.

He said that Sanusi has not presented himself or indicated interest for the seat and that the authorities had yet to put in place modalities for such appointment.

“Unity of followers is paramount and I enjoin adherents of the sect to dedicate themselves in true worship, foster increased brotherhood and love among them,” he said.

“The Dhariqa Tijjaniyya is based on knowledge and scholarship rooted in extant adherence to stipulated guidelines and obedience to Allah and those in charge of Dhariqa affairs.

“The junior brother of Grand Leader, Sheikh Makey Nyass was quoted out of context in the report, what he said was that Sanusi has been following the gootsteps of his late grand-father, Muhammadu Sanusi I.

“Nyass only tried to compare the life experiences Sanusi and that of his late grand-father after being deposed from throne,” he said.

The sect celebrated the annual birthday of its reformer, Shehu Ibrahim Nyass in Sokoto from March 11 to March 13.