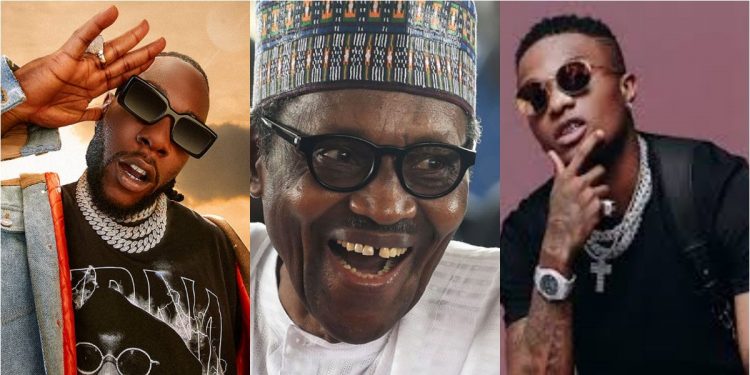 He said Burna Boy has made notable contributions in the field of music which the world has come to recognize.

“Congratulations to Burna Boy on being conferred the 2021 Grammy, the world’s most prestigious musical awards.

“He has made notable contributions in the field of music which have brought glory to Nigerians at home and abroad. We are proud of his path-breaking achievements,” said Buhari, in a statement issued by Presidential spokesman, Garba Shehu.

The President also congratulates Wizkid who emerged as a joint winner of the Grammy Awards in a different category.

Buhari acknowledged the efforts of forerunners like King Sunny Ade and Femi Kuti whose creative exertions earned them Grammy nominations, paved the way and brought Nigerian music to global reckoning.

The President believed that the record breaking musical achievements are a recognition of the Nigerian creative talents and the awards will open doors to other aspiring citizens.