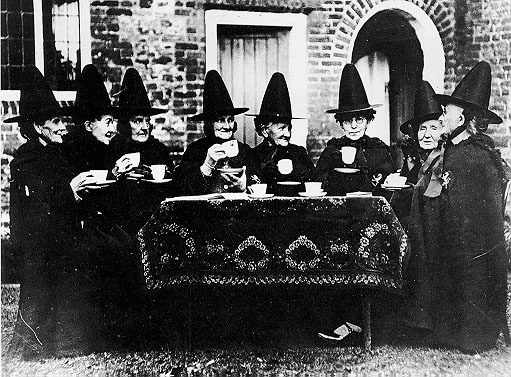 The Advocacy for Alleged Witches (AfAW) welcomes a petition calling on the Scottish government to pardon those accused and convicted under the Witchcraft Act of 1563. This initiative is significant because it underscores a well-known fact that persons accused and convicted for witchcraft in Scotland were unjustly treated.

It is pertinent that this historic miscarriage of justice is acknowledged and remedied in some way. The petition asks the parliament to memorialize the victims of witch hunts in Scotland. One hopes that the Scottish parliament would answer this call.

AFAW applauds the Scottish lawyer, Claire Mitchell, who is championing this effort. Claire launched the “Witches of Scotland” campaign to rehabilitate witch-trial victims in 2020. She claimed that the Metoo movement emboldened her to seek a redress of this historic injustice. It has been noted that “Scotland’s parliament in March will debate a blanket rehabilitation for the thousands of people, mostly women, executed for alleged witchcraft. In the late 16th century, Scottish monarch, King James VI participated as an interrogator in witch trials and wrote a book about how to detect and prosecute witches. For generations, almost no one in the country defended alleged witches or acknowledged a family connection to them”. As Claire rightly pointed out, “We feel strongly that there needs to be a reckoning”. Indeed there is.

AFAW is delighted by this campaign to redress the injustices that alleged witches suffered centuries ago. Unfortunately, alleged witches have continued to suffer unfair and unjust treatment in many parts of the world today. Although accusation and conviction of alleged witches belong to the past in Scotland, witch persecution rages in many places across the globe- from Africa to Oceania to the Indian subcontinent.

Whereas in Ghana, Nigeria, the Central African Republic, Malawi, Kenya, and South Africa, thousands of alleged witches who are mainly old women, and children are routinely attacked, lynched, stoned to death, banished, or imprisoned. In most cases, efforts to redress the unjust treatment of alleged witches are few and far apart, if at all, because the state is often complicit in the miscarriage of justice. States fail in their responsibility to prevent witch persecution or to protect alleged witches. They turn a blind eye to the persecution of alleged witches and sometimes indulge in prosecution and conviction of accused persons.

In cases where states intervene, it is usually too little too late. The police arrive after the alleged witch has been murdered; they make some arrests, or they claim that the suspects are at large. In Nigeria, the government has yet to arrest and prosecute those who set ablaze 15 suspected witches in Boki, Cross River State in Southern Nigeria. The incident took place in May last year and no steps have been taken to ensure justice in the case. In Ghana, the government has taken no measures to remedy the injustices against suspected witches. Thousands of them are languishing in various ‘witch camps’ in the Northern region. Instead, the government of Ghana is threatening to shut down these places of refuge for the accused. It must be noted that in some parts of Nigeria, suspected witches are subjected to post-mortem witch trials. And if confirmed as a witch, the body is burned, buried in a forest or thrown into a river.