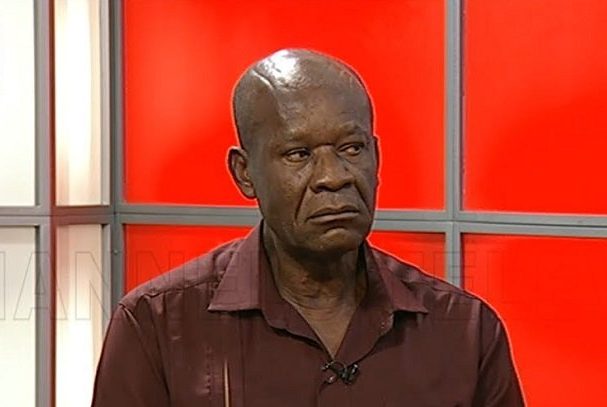 Mr Ibezimako Aghanya, a retired Police commissioner has said that his wife, Eunice was killed by burglars.

He debunked stories that she was killed by hired assassins.

Aghanya stated this on Monday when Governor Samuel Ortom, paid him a condolence visit at his residence in Makurdi.

He said his wife, Eunice Aghanya’s last communication with any family member was on Friday around 12:30pm.

The police on Saturday confirmed her gruesome murder by unidentified persons.

On Monday, the police announced the arrest of a suspect.

Aghanya said that it was evident that those who killed his wife were burglars who probably knew her very well and therefore killed her to cover up any trace.

He said that as a retired CP with vast experience in security, he should know that the killers were not assassins but thieves who came to rob her and unfortunately killed her.

According to him, the incident is not another case of assassination and also not related to his work as Benue CP 18 years ago.

He narrated how the burglars came through the ceiling to carry out the operation.

Aghanya added that people forced the door open on Saturday only to discover her dead body on the ground.

“I believe that someone came into the house to steal and when she came back into the house and met the person, the person probably knew her very well and decided to kill her to cover all evidence.

“It is not a case of hired assassins. It is not related to the work I did here 18 years ago as CP. My wife is a strong woman who always refused police escort even when I was CP,” he said.

He said insecurity was not peculiar to Benue and that each state has its own peculiar security situation.

In his remarks, Ortom while condemning the killing described Mrs Aghanya as a lively woman who to his knowledge had no issue or controversy with anyone.

Ortom said his administration would support security agencies with everything possible to ensure that those who carried out the gruesome murder were apprehended.

“Whatever act that finally led to her killing I condemned it,” the governor said.

He appealed to the Federal Government to urgently resolve the issues between the Police Service Commission and Inspector General of Police so that the presidential directive of employing 10,000 police personnel yearly will materialise.

“Our population has overgrown the ones on the ground.

“But in the interim, let our people be our brother’s keepers,” he said.