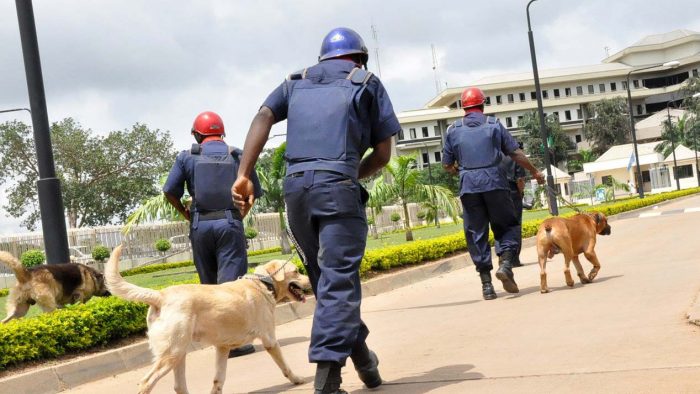 An undisclosed number of operatives of the Kogi State Command of the Nigeria Security and Civil Defence Corps, NSCDC have been clamped in detention in connection with the escape of five detainees from the command’s cell in Lokoja.

They were arrested by the anti vandals unit of the corps for transporting bunkered petroleum products in wrapped polythene bags through heavy-duty trailers.

After their confessional statements, they were detained for further investigations. However, the guard on duty at the cell, one Aliu Sunday was suspected to be heavily drunk that night

By Friday morning their cell had miraculously become empty. The detainees had made good their escape from the command’s office close to the State secretariat Zone 8, Lokoja. The escape was believed to have been aided by a compromised staff.

They were said to have successfully carried out the nefarious business in the Niger Delta region and were ferrying the products to the north in two big trucks when they were accosted by the anti vandals unit.

On interrogation, they were said to have confessed that the products which consist of petrol, diesel, and kerosene were illegally scooped in a forest from a pipeline in one of the oil-rich states.

An insider source who pleaded not to be named told our correspondent that there is a notorious syndicate in the command who specialises in collecting bribes from suspects and aiding them to escape.

In his words “oga, these suspects can not escape on their own without the aid of these officers because the wall of the cell is so high that it will be very difficult to break.

”Only a small portion of the cell was broken but we suspect that the main door was opened at night for their escape because that portion, we believe was too narrow for any human being to pass through.

”We understand that one of the suspects in the cell gave a phone number of a certain fellow who in turn reached out to some of our men that facilitated their escape” the source said.

When contacted, the state commandant, Samuel Peter Maigari confirmed the incident and said that he has ordered that those on duty during the cell break be detained while full discreet investigations be conducted to fish out those who aided the escape.