Lagos Govt to partner NIOB on regulation of construction materials 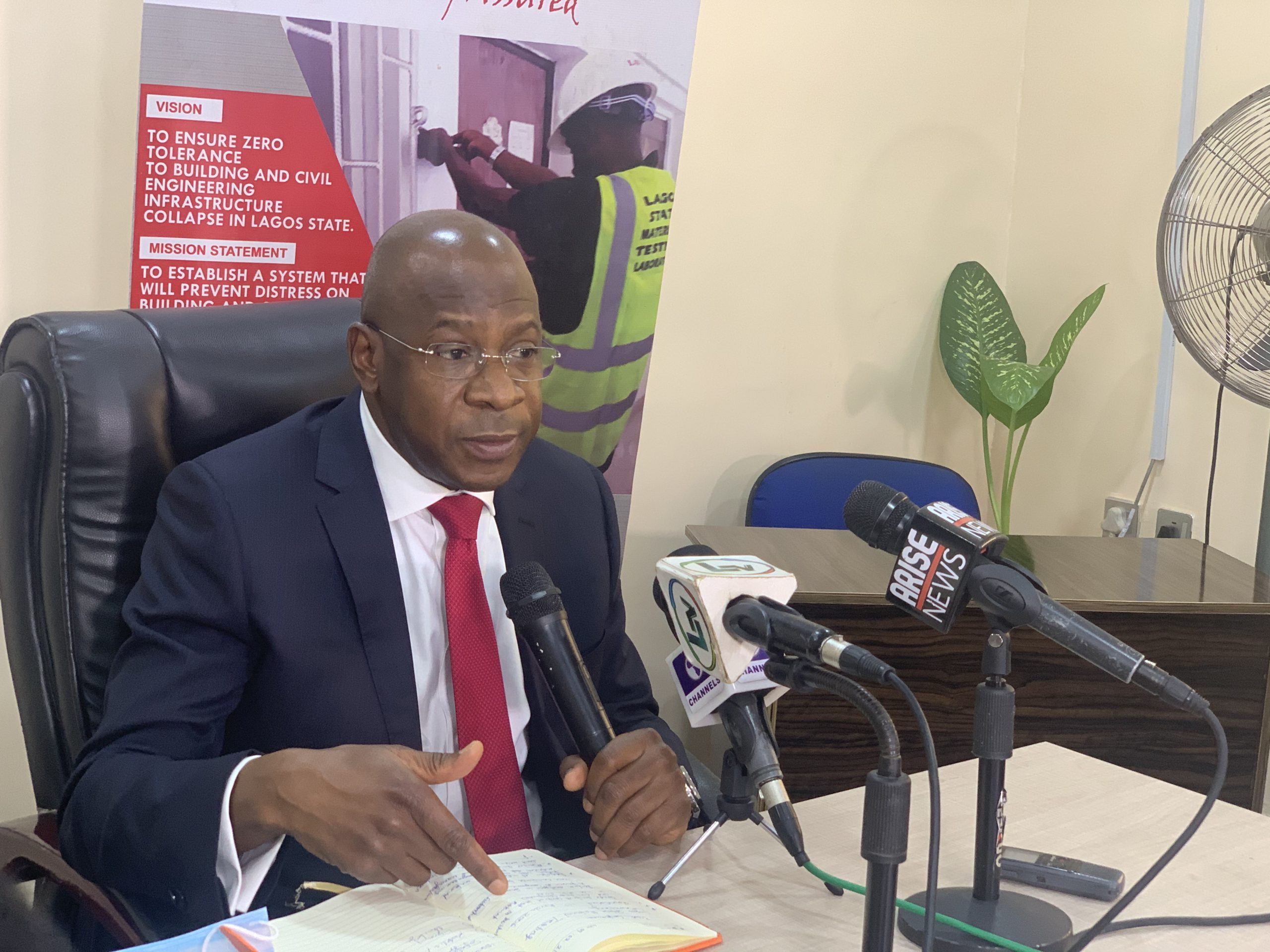 The Lagos State Government is set to partner with professional builders as part of its measures to checkmate the use of substandard materials for construction causing building collapse in the state.

The Lagos State Materials Testing Laboratory will also create a database so that all block and clay manufacturers in the state are captured.

Speaking during a courtesy visit by the Nigerian Institute of Builders (NIOB) at the Agency’s headquarters in Ojodu, the General Manager LSMTL, Engr Olufunsho Elulade said that Mr Governor has declared zero tolerance to building collapse in the state, hence the need to capture everyone involved in manufacturing and production of construction materials.

He further stated that the synergy between NIOB and LSMTL is very crucial at this stage and it is a welcome development.

He stated that LSMTL is a regulatory body backed by the law and is ready to partner with NIOB. In his words he said ‘’we are all in this together and we need to strategize and work together.

The General Manager urged builders in the state to partner with the Agency towards the eradication of substandard construction materials which have flooded the state.

He said a proper communication channel would be opened, where a list of identified buildings with defects will be shut down, through appropriate quarters and members of the public through whistleblowing will serve as informants and alert the agency on the existence of substandard structural construction, so they will act immediately.
He informed them of the upcoming stakeholders’ conference on the 8th of April 2021, organized by the Agency, and requested Nigeria Institute of Builders(NIOB) to be represented.

The Incoming National President of Nigerian Institute of Builders (NIOB) Bldr Lucky Isiname congratulated the General Manager on his appointment and expressed their desire to collaborate with the Agency.

Engr. Elulade thanked the Exco members of NIOB for coming and said they should be rest assured LSMTL is ready to partner with them.