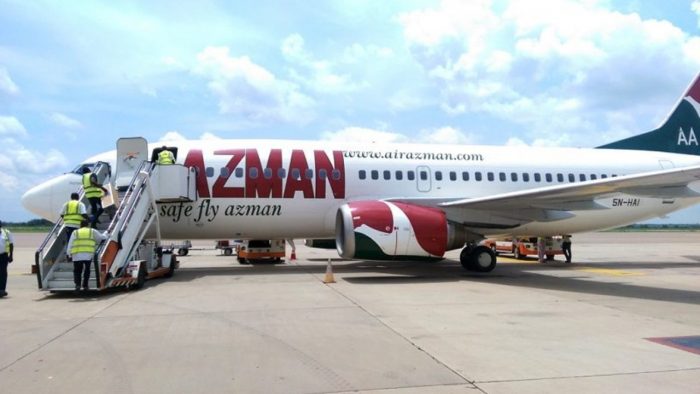 The Nigerian Civil Aviation Authority (NCAA) has suspended the operations of all the Boeing 737 aircraft in the fleet of Azman Air Services Limited, with effect from March 15, 2021.

Azman also has an Airbus A340, formerly operated by Virgin Atlantic.

It said it would acquire a second A340 to allow it to launch scheduled services to Dubai.

But it appears all the planes have been grounded.

He said that the suspension was to enable the authority conduct an audit of the airline to determine the root cause(s) of the incidents, and recommend corrective actions to forestall reccurrence.

According to him, “NCAA regrets the inconvenience this action may cause the public, particularly to Azman air passengers, but the need to ensure the safety of air
transport and protect the public interest, cannot be compromised.

“The Nigerian Civil Aviation Authority will continue to ensure airlines’ compliance to its regulations in the interest of safety and will view any violation(s) seriously.

Azman air before the announcement by NCAA announced a voluntary suspension of service, for what it called safety audit.

It did not indicate whether the suspension was voluntary or was in anticipation of NCAA action..

“These actions are imminent as there is need [to] reposition [in order to serve] you better,” the airline said.

“We understand the impact of these disruptions on your travels, and we deeply apologise,” it said.