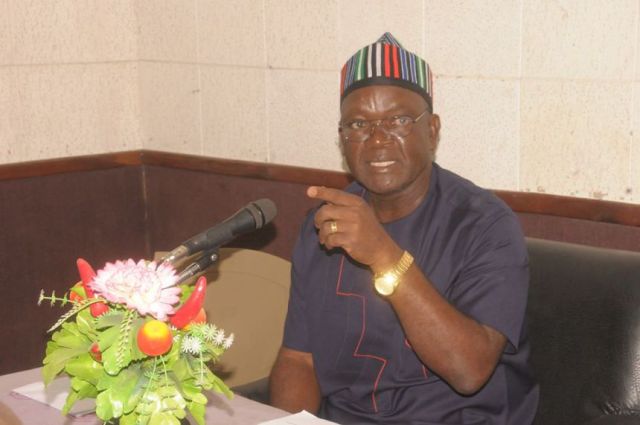 Ortom made the clarification when he visited Pure Biotech Company Limited at Tyo-Mo, a settlement in Makurdi, the state capital.

He said that he had nothing to do with the company and was surprised to hear about its existence.

The governor disclosed that a friend notified him about the company and how some people were speculating that he was the owner of the company.

According to him, his visit and the explanation offered by the company representative, Mr Stephen Numbeve, it was clear that he had nothing to do with it.

Meanwhile, Ortom also accepted an apology from the company for not following the laid down government procedures to acquire and develop the land and urged them to immediately rectify it.

However, he also urged the management of the firm to immediately erect a signpost to educate the people about its activities.

Ortom charged the host community to provide security for the facility, even as he directed security agencies to provide surveillance and patrols to encourage more investors to the state.

Thereafter, he called on private investors within and outside the country to come and explore the investment opportunities available in Benue.

The governor said that the company would provide job opportunities for youths in the state thereby reducing insecurity.

Earlier, representative of the Pure Biotech Company Limited,  Numbeve, apologised to the governor and Benue government for not following the laid down procedures for acquiring land in the state.

Numbeve said the managing director had planned to pay a courtesy call on the governor to inform him of their activities but was held back in China as a result of the second wave of COVID-19.

He said that the firm was into Ethanol production and would need 500 and 300 metric tonnes of fresh and dried cassava daily.

Numbeve said the company when completed would employ no fewer than  2,500 persons.

He said the company acquired 25.4 hectares of land for the construction of the company in November 2020, adding that work on the site commenced in January.