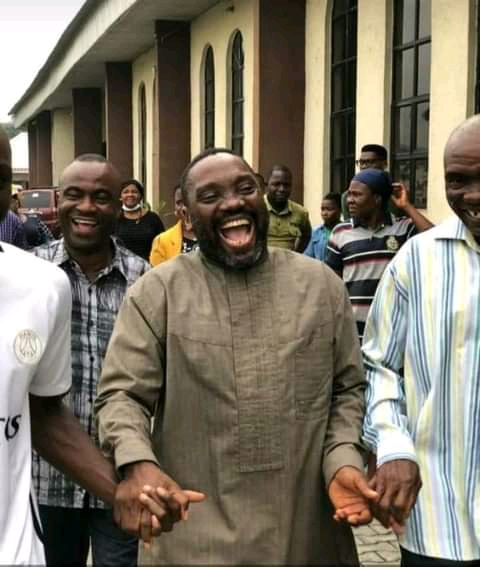 Rivers Police gave the assurance while confirming the release of Dr. Jones Ayuwo, a Lecturer in the Department of Linguistics and Communication Studies of the University of Port Harcourt, regained his freedom today.

In a press statement signed by Spokesman of the Command, SP Nnamdi Omoni, said claimed that “His release was made possible due largely to the intense and relentless pressure mounted by the Police, who had before now, through technical intelligence, spotted their location and was closing in on them. The kidnappers on seeing the red flag abandoned the victim and took to flight”.

Police recalled that “The University Don who was abducted on 21/2/2021 along Bori Road by unknown gunmen while returning from a function in Andoni Local Government Area, was taken hostage and had been in captivity until his release at about 2200hrs of 15/3/2021.

“Recall that since the abduction of the Traditional Ruler and the University Don, the Police in synergy with other Security Agencies had been working assiduously to ensure their unconditional release with careful deployment of tact and diplomacy in the Operations, while avoiding bloody confrontation that would have led to fatalities”.

The Commissioner of Police, CP Eboka Friday appealed to the public to remain calm as the command is poised to rid the State of the menace posed by these criminal elements.

“He is currently receiving medical attention and will soon reunite with his family and friends”.

Our Correspondent reports that Dr Jones Gilbert Ayuwo has reunited with his family and friends at the time of filing this report. His family members have been in a jubilant mood. He was kidnapped the same date as the monarch.