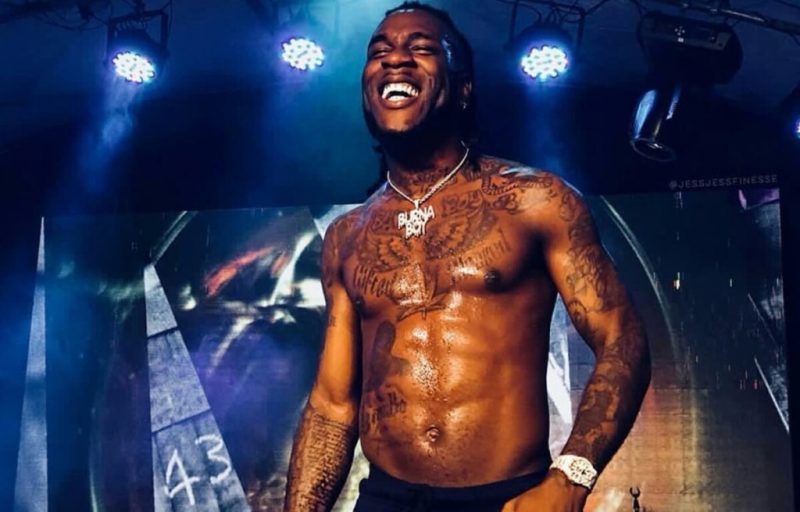 Burna Boy is currently ranking number one on Apple following his incredible feat at the 63rd Grammy Awards.

His award-winning album ‘Twice as tall’ is the leading on popular music streaming platform, Apple.

The album has returned to the number one spot on Apple music’s top albums in Nigeria many months after its release.

‘Twice as tall’ had peaked at the number one spot for several weeks after its release in October 2020.

While Burna Boy’s fifth studio album leads as the number one on the music app, his fourth and third studio albums have also occupied different spots.

‘African Giant’ occupies the fourth position on the top albums list while his third studio effort, ‘Outside’ occupies the number ten spot.

In the spirit of his wins, American-based recording company, Atlantic records sent a congratulatory message to the man, who is now referred to as the African Giant.

“HUGE congrats to Burna Boy on his #GRAMMYs win for Best Global Music Album for #TwiceAsTall,” the record label tweeted.

“Congratulations Burna Boy. Happy to be a part of the dream. Thank you for showing us it can be done. #GRAMMYs,” the group’s official handle tweeted.