Rivers: Ogoni, Kalabari leaders align for 'power shift' ahead of 2023 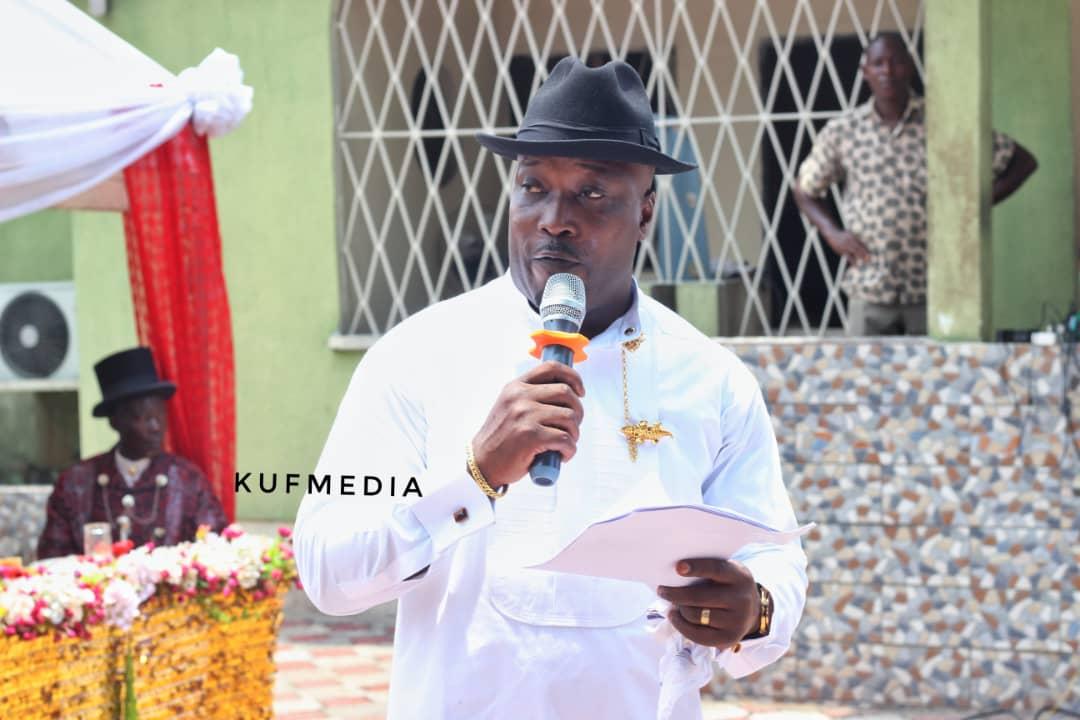 Some leaders of Ogoni and Kalabari, two of the major ethnic groups in Rivers have vowed to ensure that that there is ‘power shift’ in the State in 2023.

Specifically, the leaders have agreed to work to ensure that a member of one of the ethnic groups emerged as the next governor of Rivers.

This, they said will shift of power from the upland upland section of Rivers which has produced state governor since 1999 to the Riverine area of the state in 2023.

This was agreement reached at a stakeholders’ meeting of the Kalabari and Ogoni ethnic nationalities over the weekend.

A history of domination

Rivers State is generally divided into the ‘upland’ and ‘riverine’ areas.

The ‘riverine’ are parts of the state where the towns and villages are surrounded by water.

Upland Rivers is composed mainly of Ogoni and Ikwerre, although there are many other minority people in the region.

All the past governors and the incumbent are from the upland part of the State.

He is from from Ubima in Ikwerre local government area.

Chibuike Rotimi Amaechi from Ubima also from Ikwerre local government area was governor of Rivers between 2007 and 2015.

The incumbent Nyesom Wike from Rumueprikom in Obio-Akpor local government area took over from Amaechi and will be in office till 2023.

However, leaders of sociopolitical groups from Kalabari and Ogoni agree at the strategic meeting held in Degema LGA to ensure power shift in 2023.

Ambassador Sobomabo Jackrich, the President of Kengema Unity Forum, led other stakeholders from the Kalabari to the meeting.

Speaking at the event, Jackrich said political marginalization and lopsided development of the state informed the need for the Ogoni and the Kalabari to work together.

According to him Jackrich: “It is however unfortunate that the Ogonis though being part of the upland section of the state, and hosting several multinationals and also playing host to some of the nation’s key assets like the NNPC and a refinery, has been one of the worst hit in terms of environmental degradation, socioeconomic and political marginalization”.

“However, according to the political history of the state in the past twenty two years, it will only be fair to consider the Riverine and most specifically, the Kalabaris to have a shot to occupy the Brick House in the next political dispensation of the state”.

“The Kengema Unity Forum,which is the mouth piece of the Kalabari people, therefore seizes this medium to appeal to you our Ogoni brothers and sisters to lend us your support to enable us achieve this lofty height”.

He assured that if Ogonis support Kalabaris to produce Rivers Governor in 2023 “If God tarries, by His grace, at the end of two tenure of eight years, we also promise to rally round you to ensure that the Ogonis occupy the Brick House.”

He pointed out that the issue of upland/riverine power rotation has become very necessary following growing concerns of concentration of development in mostly a section of the state.

Jackrich cited the example of the lopsidedness in  building of infrastructures: “For instance, we have seen the construction of eight flyover bridges cited in Port Harcourt and Obio-Akpor and more worrisome that none of the projects of such magnitude were captured in any budget of the state.

“Governor Wike who has spent half of his lifetime in politics ought to know better that no matter the good motives behind carrying out a capital intensive project, government cannot unilaterally expend the resources of the state outside the fiscal policy framework or budgetary allocation for such project”.

“This singular act of the governor clearly shows that he does not seem to be under any form of obligation to give account to the people of the state on the way their collective resources are being recklessly expended on their behalf”.

“At what point did Governor Wike suddenly realize that Port Harcourt and Obio/Akpor needed eight flyover bridges to be constructed in less than one year after he had meticulously crafted and submitted the 2021 budget on the floor of the Rivers State House of Assembly, which was passed into law afterwards? What was the urgency for?”

“Sometime last year, Rivers People through the auspices of the Network for the Defense of Democracy and Good Governance – NDDGG, called out the Rivers State government to give account for funds worth N118 billion withdrawn over the counter in Zenith Bank by officials of the Wike led state government, as published by the Economic and Financial Crimes Commission – EFCC in the front page of The Nation’s Newspaper”.

“On that regard, the NDDGG wrote several letters to the State Government demanding for accountability, but no response on the whereabouts of the said funds”.

“The NDDGG then dragged the state government to court over the matter of which is still pending before the court”.

“Meanwhile in its response, the state government has done everything humanly possible to hunt down members of the NDDGG by conceiving plans to frame me the leader of NDDGG and our members up with criminal allegations in order to get us out of the way”.

“More so, as a way to desperately justify the expenditure of the said N118 billion, Governor Wike began construction of flyovers everywhere in Port Harcourt and Obio/Akpor”.

“It does not matter how long it will takes, but we believe that Governor Wike will give account to Rivers people whether he likes it or not”.

“The governor’s lopsided development was clearly demonstrated in the recent commissioning of Sakpenwa – Bori road. A project that is yet to be sixty percent completed”.

“With the enormous contributions of the Ogonis to the socioeconomic well-being of the state, it is sad that there’s no government presence in the Ogoni axis under the Wike led administration”.

“Only reputable firms like Julius Berger, Lubricks Construction Company and others, handle projects in Port Harcourt and Obio/Akpor, but when carrying out projects in other LGAs of the state, the contracts will be awarded to friends and allies for political patronage, then they would in turn sublet these contracts to local artisans and manual labourers who do not have any track record of expertise”.

Working Together For 2023 Project

On his part, Ex-warlord, Mujahid Asari Dokubo said political freedom of the two major ethnic groups of the state was inevitable as they have agreed to work in synergy.

He urged the people to be resolute and steadfast to ensure that power rotates to the riverine area in 2023, adding that the fit will not be attained without being willing to make sacrifices.

On their part, Ogoni Stakeholders at the meeting, including the leader of Ogoni Liberation Initiative, Reverend Dr Fabike Douglas, President, South South Youth Initiative, Saviour Oscar, Human Rights Activist, Barr Isaiah Kenwi affirmed their readiness to work together with the Kalabaris on the 2023 project.

They expressed regrets that despite the numerous contributions of the two major ethnic groups to the socioeconomic well-being of the state, there was no government presence in their areas.

The meeting was also attended by respected traditional rulers, women groups, religious leaders, youth associations and captains of industry from both ethnic groups.