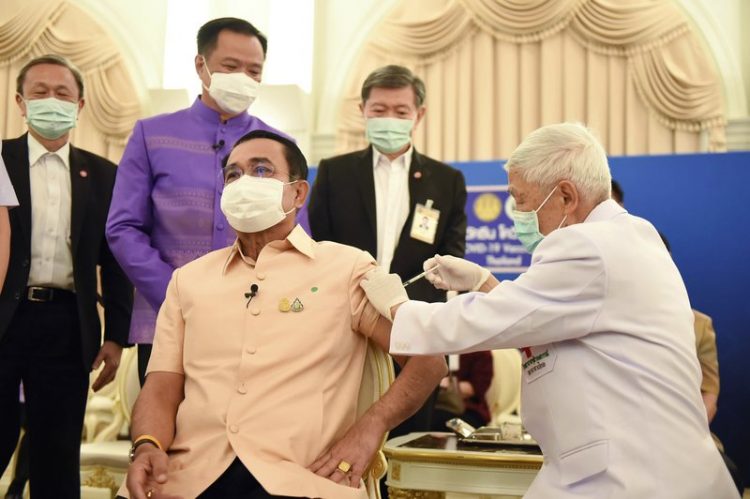 Prime Minister of Thailand, Prayuth Chan-Ocha has become the first person to be inoculated with the AstraZeneca COVID-19 vaccine.

The Prime Minister and some of his cabinet members received their shots on Tuesday after the rollout had been temporarily put on hold over safety concerns.

Thailand had suspended the use of the AstraZeneca vaccine after reports it could cause blood clots prompted a number of European countries to hit pause.

“Today I’m boosting confidence for the general public,” Prayuth told reporters at Government House before he received a shot in his left arm.

Prayuth, who will turn 67 this month, later said he felt fine after the injection.