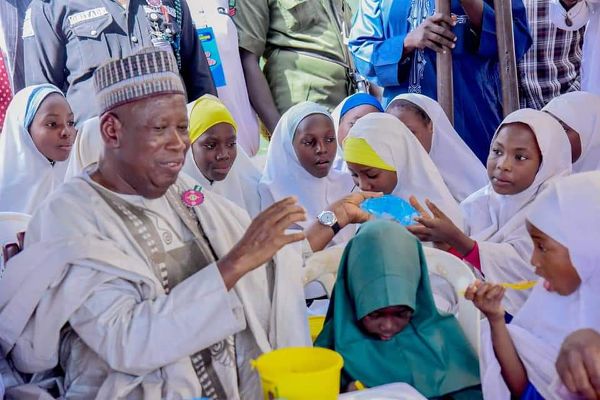 The Kano State Government said it has enrolled over 3.8 million pupils in schools since the inception of the Free and Compulsory Education programme in the state.

Dr Danlami Hayyo, the Chairman, Kano State Universal Basic Education Board (SUBEB), told newsmen in Kano on Wednesday that the pupils were enrolled into the schools across the 44 local government areas of the state.

Hayyo said the programme recorded significant improvements in the enrolment and retention in school, noting that the people of the state had accepted and enrolled their wards in schools.

“The people accepted the free education programme, and the state government constructed additional classrooms and established more schools to decongest classrooms and expand the scope of enrollment,” he said.

On Universal Basic Education Commission (UBEC) intervention, Hayyo said the state had expended over N6 billion under the 2018/2019 programmes.

The chairman explained that the projects included the construction of over 670 classroom blocks, 100 toilets and renovation of 927 classrooms.

He listed other projects to include the provision of 43,274 classroom furniture and distribution of 36 motorcycles and a bus for quality assurance services in schools.

“We are yet to start the 2020 UBEC project work plan, the state government paid its counterpart fund to the project after complying with due process, but we received only N700 million of the fund.

“We have also contributed to the 2021 UBEC marching grant to access the fund, work on the project is expected to begin in 2021.

“Education is the priority of the state government, hence it constituted the Education Trust Fund which will be funded from 2 per cent federal allocation and a certain percentage on contracts and Internally Generated Revenue (IGR),” he said.

The government, he said, also disbursed N880 million to the 44 local government councils for school rehabilitation projects through community participation.

According to him, the project is designed to enhance school management through effective community participation, adding that the board will soon present report on the progress of the project.