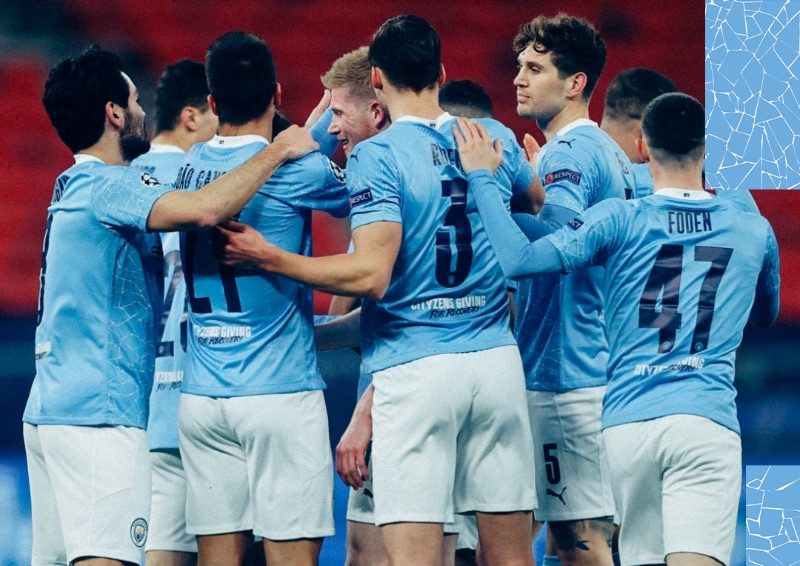 Kevin de Bruyne and Ilkay Guendogan ended any doubts about the outcome by scoring inside 20 minutes for an utterly dominant Manchester City.

City’s home and away games were played in Budapest because of mandatory coronavirus quarantine for people arriving in Germany from Britain.

Record winners Real Madrid also progressed, beating Italy’s Atalanta 3-1 on the night and 4-1 from both games.

On Tuesday, it was all thanks to Karim Benzema’s 70th goal in the elite event, a penalty kick from team captain Sergio Ramos and substitute Marco Asensio.

Runaway English Premier League (EPL) leaders Manchester City were in full control against a Gladbach side which is free-falling with now seven defeats in a row.

This has been since their coach Marco Rose announced a summer departure to Borussia Dortmund.

De Bruyne smashed in off the crossbar from 18 metres 12 minutes into the game.

Manchester City have scored 100 or more goals in all competitions an eighth straight season, with a tally of 101.

Their manager Pep Guardiola has achieved this milestone every year since 2008/2009 with his clubs, according to statisticians Opta.

“The start helps a lot. We were patient in the beginning. When we scored the two goals and had some cover. We controlled the game and we had a few chances,” de Bruyne said.

Looking at a seventh clean sheet in a row in the competition, the Belgian added: “It’s always important when you are stable as a defence and team.

In Madrid, the tie was effectively over as a contest in the 34th minute.

This was when Atalanta goalkeeper Marco Sportiello’s attempted clearance went straight to Real’s Luka Modric who fed Benzema for an easy tap-in.

Ramos made it 2-0 from the penalty kick spot on the hour after Rafael Toloi had tripped Vinicius Junior.

But Asensio restored the two-goal lead in the 85th minute, three minutes after coming on, as Real Madrid made the quarter-finals for the first time since 2018.

The round of 16 will be completed on Wednesday when title-holders Bayern Munich host Lazio 4-1 up and Chelsea take a 1-0 advantage into their game with Atletico Madrid.

Liverpool, FC Porto, Borussia Dortmund and Paris Saint-Germain (PSG) progressed last week into the quarter-finals, which along with the semi-finals will be drawn on Friday.