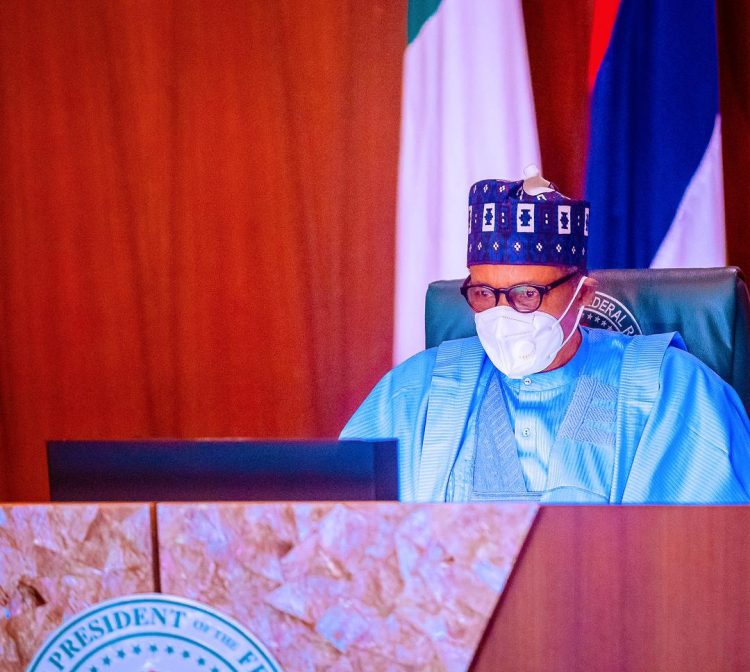 President Muhammadu Buhari has directed the Minister of Health to ensure effective utilisation of Global Fund’s generous provision of $890 million, over the next three years, to support Nigeria’s fight against HIV-AIDS, Tuberculosis (TB), and Malaria.

President Buhari issued the directive at the virtual launch of the $890 million grant, for the period of 2021-2023, which will also support the establishment of resilient and sustainable systems for health in the country.

“Let me also emphasize here that this administration has zero tolerance for corruption and inefficient use of resources.

“In this regard, I hereby direct the Minister of Health ( Dr Osagie Ehanire) to set up an accountability framework, to monitor the use of this fund and provide periodic performance reports to my office,” he said.

The President, who assured donor agencies and development partners of judicious use of the grant, said the funding would complement investments in the health sector, help curb new infections, and reduce HIV-AIDS, Tuberculosis and Malaria-related morbidity and mortality.

“It is my wish that in the next three years, these three diseases are taken much further down the path of elimination,” he said.

The President also applauded the Global Fund for their contribution of the sum of $51 million during the early stages of Nigeria’s response to the COVID-19 pandemic, to procure Personal Protective Equipment (PPEs), test kits and scale up diagnostic capacity.

“I am pleased to say that, on our part, we are on track to fulfilling our co-financing commitments to the Global Fund for this new funding cycle and meeting our other commitments as and when due,” he said.

Commending the work of Nigeria’s Country Coordinating Mechanism, under the leadership of the Minister of Health, President Buhari reaffirmed Nigeria’s commitment to achieving the Sustainable Development Goals (SDGs) by 2030.

He pledged that his administration would continue to work with fellow Heads of State and Governments across the continent to ensure sustained high-level political engagement to achieve the SDG goals.

The President recounted that the strong partnership between the Government and people of Nigeria and Global Fund, dating back to 2002, had contributed immensely to saving lives, especially of women and children.

According to him over the last two decades, joint efforts with the Global Fund, the United States Government, the United Nations and other Development Partners, had succeeded in bringing about significant reduction in new infections, morbidity and mortality from HIV, Tuberculosis and Malaria.

He attributed the improvements to the effective alignment of our various national investments, using the most recent evidence to inform policies, strategies and plans.

“The thrust of our Government in the health sector is to ensure that investments get a health systems strengthening focus, as the most efficient way to utilize available resources and position Nigeria on the path to sustainability of health programmes.

“The Minister of Health is pursuing this trajectory,” he said.

On Nigeria’s contribution to the Fund, the President announced that he approved $12 million to the last Global Fund Replenishment held in Lyon, France, representing a 20 per cent increase on the country’s immediate previous contribution.

Ladies and Gentlemen, our administration is committed to increasing domestic financing and exploring other innovative ways of increasing financing for health, to ensure Universal Health Coverage,” President Buhari said.

Speaking in his capacity as the Chair of the Country Coordinating Mechanism of the Global Fund programmes in Nigeria, Ehanire said Nigeria recently signed eight grants amounting to $890 million to support HIV, TB and Malaria programmes and build resilient and sustainable systems for health.

Giving an overview of the grant, he said two of them are for HIV management, amounting to $310 million, and will be administered by two principal recipients namely the National Agency for the Control of AIDS (NACA) and Family Health International.

According to the Minister, $180 million of the 310 million was earmarked for procurement of antiretroviral medicines, which will maintain 1.4 million Nigerians living with HIV on lifesaving antiretroviral treatment.

Further, the Minister of Health explained that three of the grants, amounting to $153 million, are for TB, to be administered by three principal recipients including the National TB and Leprosy Control Programme, the Institute for Human Virology in Nigeria and the Lagos State Ministry of Health.

Similarly, the Minister said two of the grants for malaria elimination, amounting to $439 million will be administered by two principal recipients- the National Malaria Elimination Programme and the Catholic Relief Services while the eighth and final grant worth USD 35 million for Resilient System for Sustainable Health (RSSH) has NACA as principal recipient.

In her goodwill message, Kathleen FitzGibbon, Deputy Chief of Mission, U.S Embassy in Nigeria, described Nigeria’s recent contribution to the Global Fund as an important commitment to end all the three diseases and to ensure a healthy and prosperous country.

“We hope the achievements made in Nigeria in the fight against HIV, TB and Malaria, with support from the Global Fund, will inspire and motivate health workers and other partners alike,” the representative of the U.S. government, which is the largest single donor to the Global Fund, said.

Speaking virtually from Geneva, Peter Sands, the Executive Director, Global Fund to fight AIDS, TB and Malaria while commending the partnership with Nigeria, said in addition to the $890 million grant, the Global Fund has disbursed $2.6 billion to support HIV, TB and Malaria and strengthening of RSSH, since 2003.