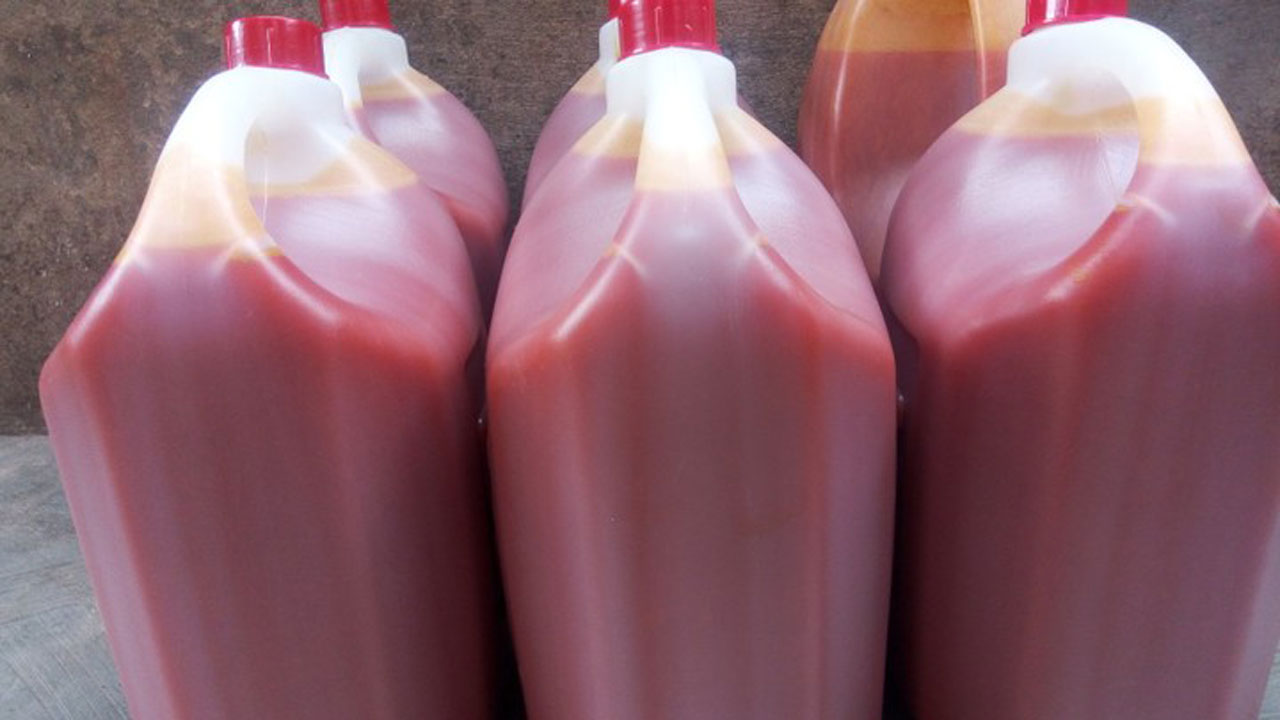 The prices of palm oil have gone down in major markets across the Enugu metropolis.

A market survey conducted by NAN on Thursday shows that the reduction in price is considerable when compared to the situation two months ago.

Palm oil dealers, who spoke at the various major markets, attributed the price reduction of the produce to the gradual commencement of the palm fruits season.

This has led to the gradual production of the oil thereby, causing a reduction in the price of the commodity.

According to Maria Nwakwo, another seller at Ogbete Main Market, a 25-litre jerry can in major markets in the metropolis is sold between N15,500 and N17,000.

Nwakwo added that the price of the produce in the villages where most of the oil was produced stood at N13,500.

Mrs Ify Ochulugha, another palm oil seller at Top Land Market, expressed the hope that the price of the commodity would be further reduced as its abundant harvest season got closer.

“I am hopeful that the price of palm oil will go down further because, during its mass harvesting season, many producers will be committed to its production this year,” Ochulugha said.

A buyer at Mayor Market, Miss Esther Chibueze, said that the price was becoming affordable when compared to what it was two months ago.

“Buying 70cl bottle of palm oil for N500 now shows that many families can afford it,” she added.