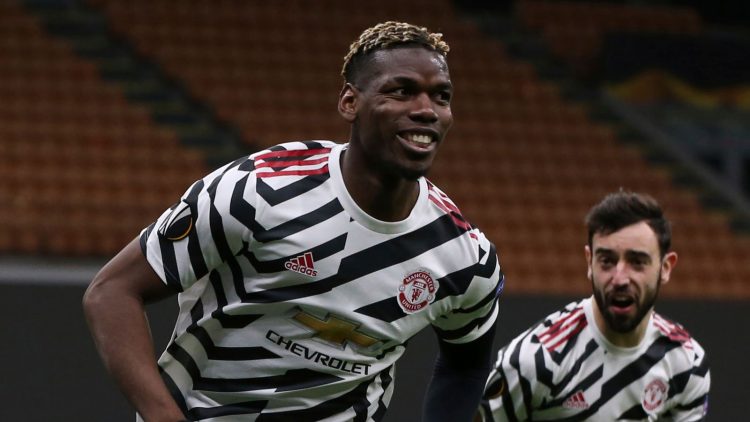 Paul Pogba celebrating after his lone goal against AC Milan

Substitute Paul Pogba came off the bench to fire Manchester United into the Europa League quarter-finals.

United beat AC Milan 1-0 at the San Siro to complete a 2-1 aggregate win on Thursday night.

Pogba who just returned from injury having missed United’s last 10 games made an instant impact after replacing Marcus Rashford at the break to score the crucial away goal.

The red devils now join Arsenal in Friday’s draw for the last eight.

Former United striker, Zlatan Ibrahimovic also came off the bench in the second half to face his former club.

However, he close range header thwarted by Dean Henderson during an open second period.

Milan threw everything they had at the visitors as the clock began to tick down on their Europa League campaign, but they were unable to find the breakthrough.

The Red Devils were close to doubling their lead when Pogba’s header from Daniel James went narrowly over.

Their lone goal was enough to book them a spot in the next round.