The role of citizens, religious leaders, medical practitioners in the spread of COVID-19 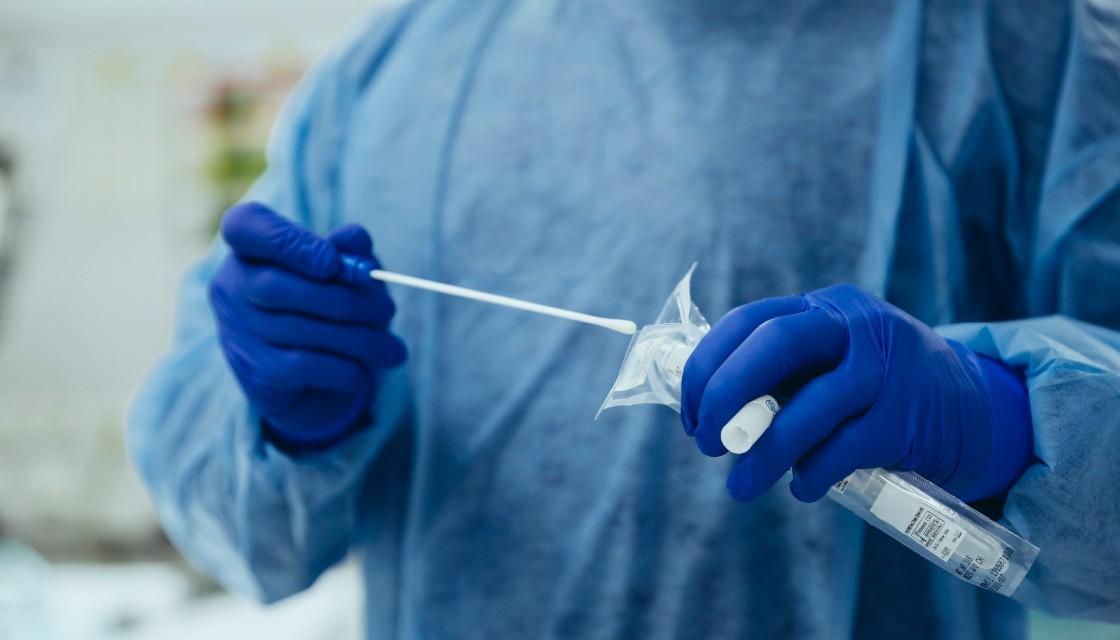 FILE PHOTO: China has made the swabs compulsory for arriving foreigners despite push back from the US and Japan.

The second wave of Coronavirus (COVID-19) did not come as a surprise, as medical experts around the world had predicted that the defeat of the first wave did not mean the end of the dreaded disease. They also warned that the second wave may prove more difficult to combat. They therefore urged governments around the world to be prepared for the worse.

True to the prediction, Covid-19 returned sometime in the last quarter of 2020, and is proving deadlier and resilient. Statistics show that more casualties have been recorded in some states in Nigeria, within the same time frame than was during the first wave. Community infections have almost triple than during the first wave.

Like every responsible government in the world, it is on record that government at all levels across the country have done much to contain the spread of the disease. Besides setting up testing facilities, isolation and treatment centres, they have continued to enlighten the citizens on the need to charged residents to complement government’s efforts by adhering to preventive protocols to contain the pandemic.

These protocols include use of facemasks as often as necessary, especially when in crowded environments, avoiding crowded gatherings as much as possible, regular washing of hands with soap and running water, use of alcohol-based hand sanitisers, etcetera.

Some state governments even directed workers from level 1 to 12 to work from home, as a measure to further decongest offices and reduce the risk of their exposure.

Regrettably though, all these efforts have not yielded the desired result, as the number of persons infected has continued to rise on a daily basis, just as casualties are growing, the most disturbing being the rate at which frontline Healthcare worker are being infected.

It is pertinent to note that many Nigerians still believe that Covid-19 is a myth, believing that the government is playing politics with the disease. Perhaps, that is why many people are not taking seriously the need to protect themselves from getting infected or infecting others. To people like that, wearing nose mask is not an obligation, but an unnecessary disturbance. Little wonder they merely use the masks to decorate their chins and beards.

Disturbed by the development, Edo state government, like many others, set up enforcement committees and mobile courts to try offenders. Of course, many offenders had been convicted sentenced to hours or days of community service. Still, many are not deterred, a development that has contributed to the spread of Covid-19, and by extension, fatalities resulting from the pandemic. They have frustrated government effort.

According to him, “It is quite discouraging that while the government steps up measures to protect residents against this deadly virus, some recalcitrant members of the society have disregarded these orders, thereby endangering the lives of others.

“We call on all residents to adhere to the compulsory use of facemasks and other precautionary measures against the spread of coronavirus as the government alone cannot win this battle. People must take personal responsibility to halt the spread of the pandemic. It is important to observe the safety protocols to protect yourself and your loved ones from the virus,” he said.

Another disturbing aspect of Covid-19 is the high infection rate among healthcare providers. Recently, Edo state government expressed worry over what it called alarming rise in the number of health workers in the state who have been infected by Covid-19, while in line of duty in the second wave of the pandemic. Dr. Obi, the State Covid-19 Incident Manager, lamented that the number of health workers infected by the disease have climbed to 388. That was then. The figure might have gone up.

Regrettably, these people who are in the frontline of the battle against Covid-19 carelessly made themselves easy targets and potential givers of the dreaded disease. Many of them were seen chatting, greeting, hugging one another, without recourse to the physical/social distancing rule.

The attitude of many of these all-important fighters of Covid-19 expose them to the same disease they are fighting. The case is the same elsewhere.

Recently, I had a course to visit a family friend who was on admission in the Ikorodu General Hospital. Behold, what I saw there was alarming. Every direction you look, people move freely without any sense of the danger of the pandemic hovering on them.

At the gate were several women selling facemasks. They eagerly rush to those coming in and ask them to buy facemasks, although they themselves were not wearing theirs properly.

Right from the gate, there was no sign of enforcement of the use of facemasks by patients and visitors alike. All you have to do is to hold it in your hands or wrap it around your chin, then you are good to go.

Still at the gate, I saw two mobile policemen, who, in my opinion, were deployed there to secure the place. But, rather than being armed with their guns, they were armed with infrared thermometer on one hand in hand sanitizers on the other. They too simply wore their facemasks on their chins.

Many of the personnel in the hospital, including the security, doctors, nurses and their assistants were hoarded inside their respective air-conditioned offices, work stations and around tables in the respective wards.

Most alarming is the Mother and Child building, where the labour rooms, pre natal and post natal wards are located. On the third floor of the building is a spacial ward where newly-delivered babies suspected of special needs are admitted for observation and treatment.

On this floor is a room of about 4 meters square, designated as waiting room for women waiting on their children in the ward. When I peeped into the room, there were about to 15 women in there, some of them busy chatting and laughing hilariously, with no sign of social/physical distancing observed.

On my way out of the ward, I ran into an argument between a woman and one of the hospital’s security operatives. The woman whose name I later found out to be Mercy, was challenging the security operative who was trying to evict her from the lobby, and asked her to join the other women in the small room.

The woman could be heard vehemently asking why he, and by extension, the hospital management, should be deliberately contribute to the spread of Coronavirus by that singular act. Although standing alone, this woman stood her ground and insisted on her right to protect herself by staying alone in the lobby. Kudos to her dogged spirit and courage to stand for what is right.

My conclusion on what I saw that day was that the attitude and behavior of these men and women who are supposed to be shining examples of how to protect ourselves from the pandemic, are the very ones unwittingly helping to spread it. They have also rubbished the effort put in place by the Lagos state government to curb the spread of Covid-19 and also tarnished the clean and beautiful environment in the hospital.

Another contributory factor to the community spreading of Covid-19 is failure by religious organizations. Regrettably, many religious leaders have flouted government’s protocol and directives on Covid-19, with regard to crowd control and large religious gatherings.

I remember reading of one top clergyman who said no Covid-19 restriction will stop the monthly convention of his church, where thousands of worshippers would gather. Of course, that is one sure way of transmitting the disease.

Perhaps it is time we learn from the religious organisation of Jehovah’s Witnesses. They have religiously and dutifully observed all government’s directives on Covid-19.

Ever since the advent of Coronavirus in early 2020, their kingdom halls, assembly halls and branch office facilities all over the world have remained locked to worshippers and all forms of [email protected] activities.

All their weekly meetings at kingdom halls, other larger gatherings at assembly halls are being conducted on zoom and other relevant social media platforms. Even the preaching activities for which they are better known, have continued to be carried out on phone calls only.

To them, it is love for themselves and neighbours to restrict their movements as much as possible, keep away from large gatherings, wear their nose masks wherever they go, and to observe all government’s protocol on the dreaded disease.

Life has no duplicate. Coronavirus has no respect for anyone. It has killed both the lowly and poor, the high and mighty alike. Tanzanian President John Pombe Magufuli, who allegedly denied the existence of the disease, was consumed by it.

The earlier we begin to take seriously our responsibility toward the containment of Covid-19, cooperate with relevant authorities, the better for us.