How Sule Lamido collected kickbacks from Dantata, others: Witness 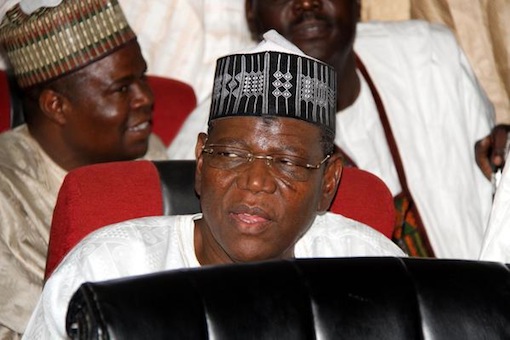 At the resumed hearing on Thursday 18 March, Wetkas demonstrated to the court how the defendants used their companies to receive several payments suspected to be kickbacks from contractors for contracts which were masked as sub-contracts while Lamido was governor.

Wetkas, with the aid of a chart, showed the court how Lamido received payments into his personal accounts from Dantata and Sawoe Construction Company, Interior Woodworks Ltd., and A.G Ferrero & Co Ltd.

The three companies were contractors in Jigawa State. They paid the kickbacks into the accounts of Bamaina Holdings Ltd. and Speeds International Ltd.

Lamido and his son, Mustapha were the sole signatories of the accounts, Wetkas told the court.

Dantata & Sawoe Construction Company received over N21 billion for contracts from the state.

Interior Woodworks Ltd. received over N3bn for contracts as well.

According to Wetkas, records showed that A.G Ferrero paid over N114m into the Skye Bank account of Bamaina Company Ltd.

It paid another N273.4 million into the Unity Bank accounts of Speeds International Ltd.

He also noted that cheques totalling about N397,553,470.00 from Dantata & Sawoe Construction Company were paid into the Unity Bank account of Speeds International Limited.

The witness pointed out that cheques amounting to about N14.8m were paid into the personal account of Sule Lamido, while N48m was paid into Bamaina Company Ltd which has the Lamido as sole signatory.

“Flowing from the activities and investigations conducted, it was revealed that no sub-contracts or contracts for purchase of bitumen, diesel and steel iron, were executed by the defendants’ companies to warrant such payments,” Wetkas said.

“From the journals recovered from Dantata & Sawoe Construction Company, where the transactions were supposed to be reflected if they were carried out, there were no entries for years 2007, 2008 and 2009.

“Meanwhile, within that period, over N500m was said to be paid for the purported sub-contract or contract”, he concluded.

Justice Ojukwu adjourned further hearing till 19 May for cross-examination of the witness.