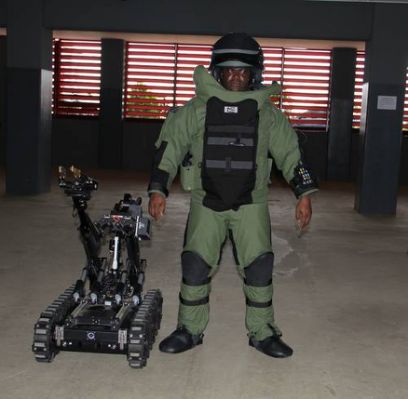 The Police Command in Kano State, on Friday, defused an Improvised Explosive Device (IED) or bomb, hidden in a bush.

The bomb was found at Aujirawa village in Gezawa Local Government Area of the state.

The Commissioner of Police, Mr Isma’ila Dikko, confirmed this in a statement by the spokesman of the command, DSP Abdullahi Haruna.

Dikko said the command received a report on the discovery of an object suspected to be an IED in the area.

He said the command deployed personnel of the Explosive Ordinance Disposal (EOD) unit, who condoned the area and defused the IED.

“The CP instructed a team of Explosive Ordinance Disposal led by CSP Haruna Isma’il to move to the scene.

“The team after cordoning the area, discovered and defused the IED successfully with the use of technical equipment.

“Investigation has since commenced,” the statement said.

He advised the residents of the state to be vigilant and wary of suspicious objects.

He also urged them to report suspicious persons and movements to security agencies.