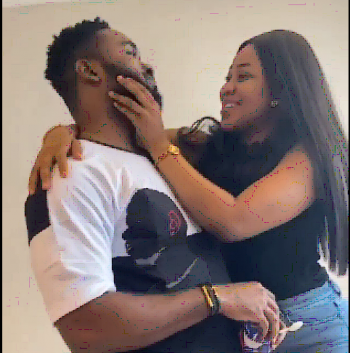 Nollywood actor, Uzor Arukwe says he will not take his bath for one week after BBNaija’s ex-housemate, Erica Nlewedim gave him a hug.

A video posted by Arukwe on his Instagram page on Friday showed the actor saying he would not take a bath jokingly when Erica approached and hugged him.

Arukwe and Erica were preparing for the movie, “Devil In Agbada” when the hug took place.

The Nollywood actor was shy to look Erica in the face as she pressed towards him for the important hug.

It is understood that the two actors were going to play the role of a couple in the movie.

The video also showed other actors as the rehearsed for the coming movie.