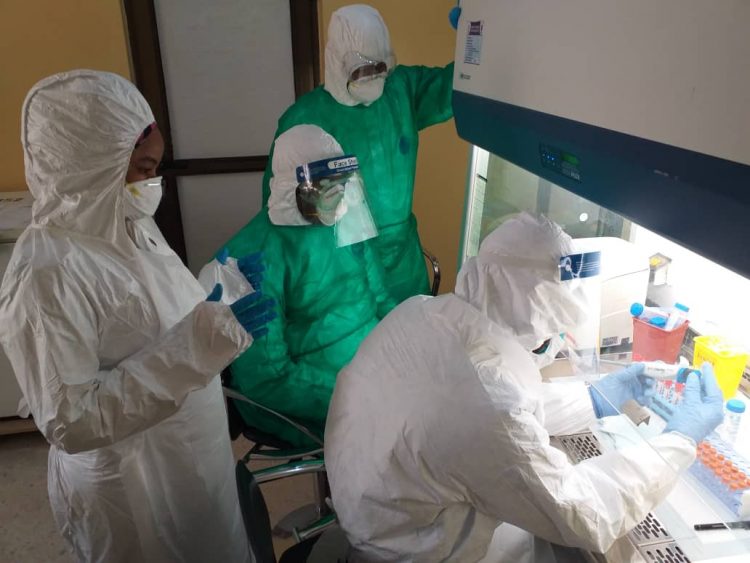 COVID-19 cases have continued to ebb away in Nigeria going by the data released by the Nigeria Centre for Disease Control on Thursday.

According to NCDC, 135 cases were reported across Nigeria, with 41 of them posted by Lagos.

There was no single death recorded in the last 24 hours, as more people were discharged.

The NCDC said 146,890 people have been discharged till date, including 485 on Thursday.

Among them were 162 recoveries from Ebonyi state.

The eastern state has had till date 1976 confirmed cases, out of whom 1936 have been discharged.

Thirty two died, while only eight active cases remain. In terms of the nation’s grim ranking, Ebonyi is 18th.

Including the 135 new confirmed cases recorded on Thursday, Nigeria’s Covid-19 cases inched up to 161,409.

The new cases were reported from 16 states.

Here is the breakdown state by state:

And also the table, giving a pictures of COVID cases since 27 February 2020: 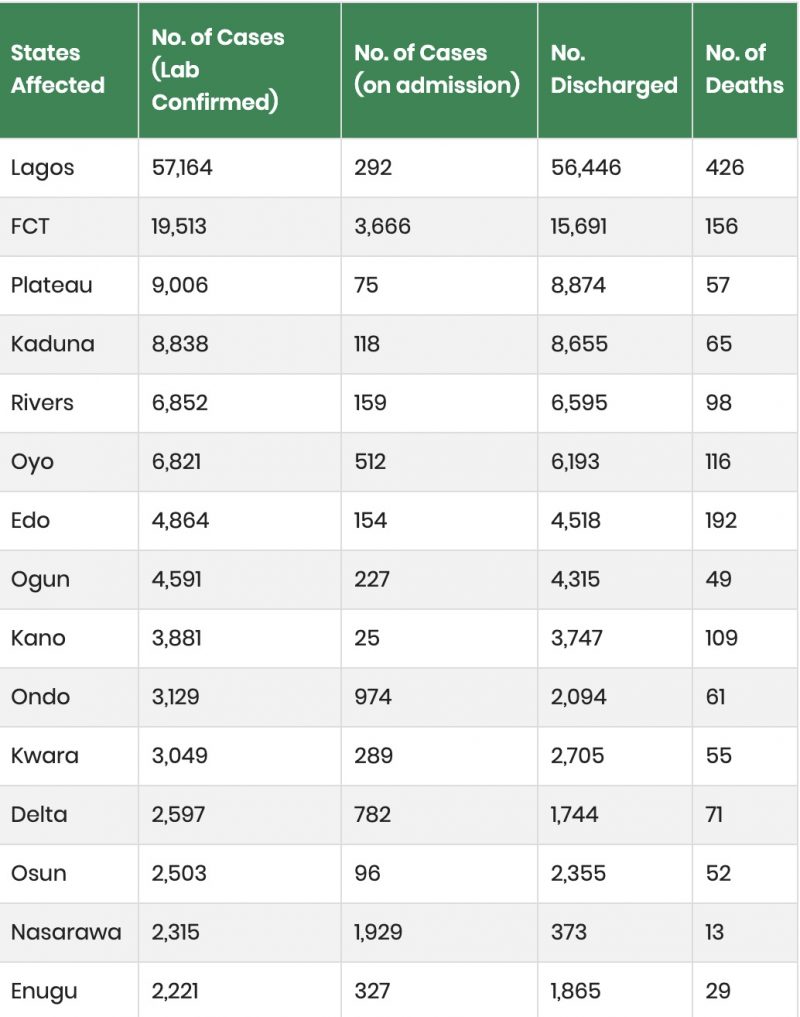 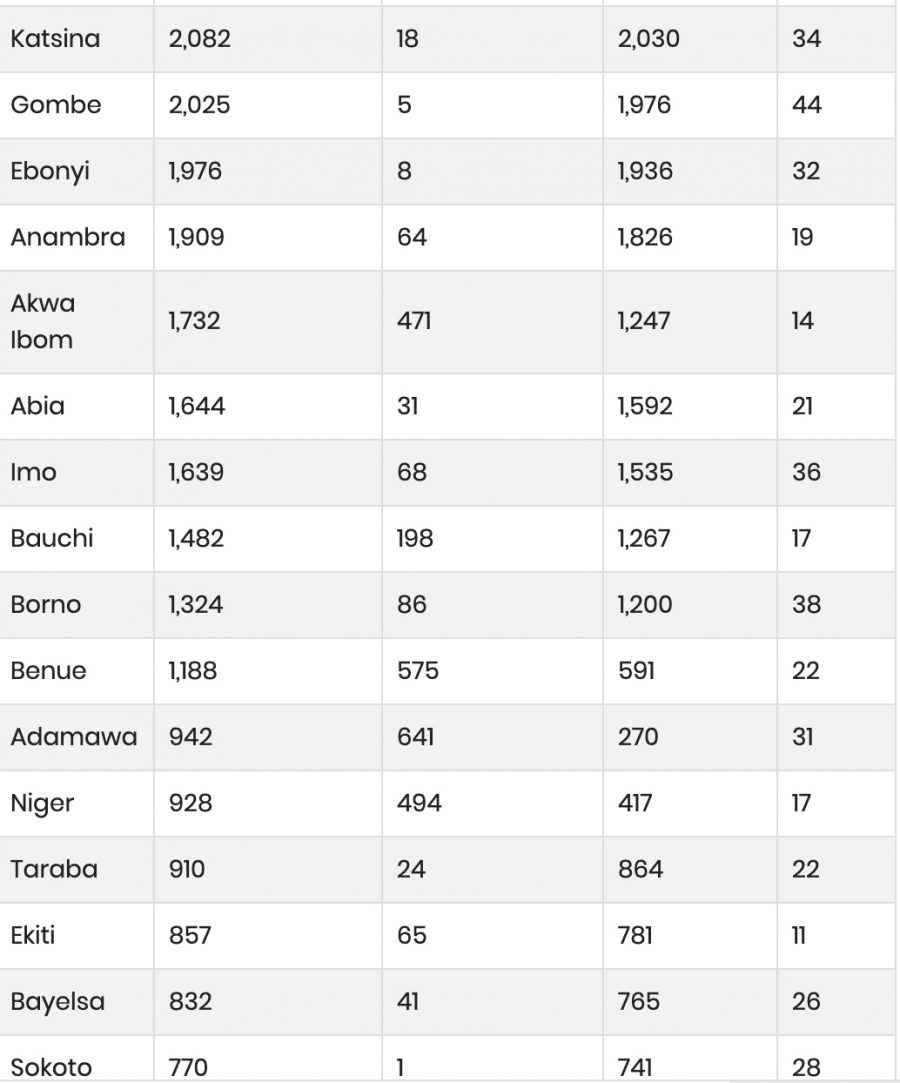