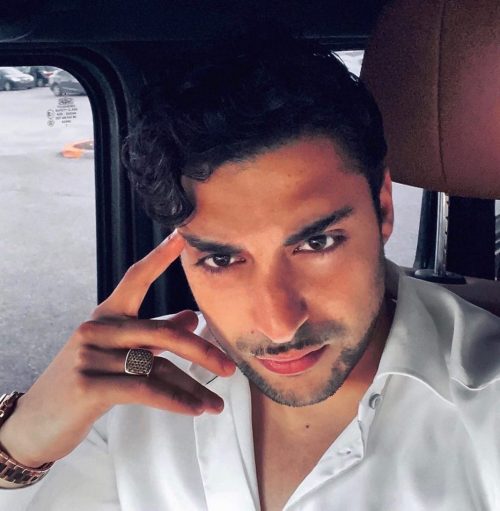 James William Awad (@senior) is not your average businessman. James started coding at the age of 11, in order to build a video game. He ended up finishing that video game at the age of 12, but the game never made it to market because he didn’t know anything about marketing or sales. The main reason for starting the video game was because of his passion for programming. Most people do not discover their passion at such a young age, but James has always been a little bit different. He was encouraged from a young age to think differently, and his mindset for creating businesses has always been passion first, money second.
After starting his entrepreneurial career at the age of 11, he hasn’t stopped building new skills and businesses. His second attempt at making money was freelancing for companies all over the world. He ended up freelancing for different people under a different identity at the age of 14. He had to fake his identity so that people would not know his real age. His coding skills were good enough to get him hired at different companies all over the world, but his age was the only thing holding him back. He was surprised whenever he got on a phone call with a potential client and they did not realize how young he was. This was his first look at the corporate world, and ever since he stopped freelancing he hasn’t had a boss since.
Instead, James focused on building his own companies. His first go at working for himself was finding bugs in a video game in order to generate virtual in-game currency. He found a bug in popular game to generate in-game currency in order to sell it to a company in China who was able to pay him a healthy fee for the currency he produced. They ended up selling that currency to people all over the world until they inevitably got busted and the game figured out how to stop them from hacking the system. In fact, James even got his bank account closed down because they had no idea how he was making so much money at such a young age.
Thankfully, the venture was not for nothing, as he made a connection with a girl who ended up helping him with a new business down the line. The new business ended up being an e-commerce company selling clothes on the internet. He worked with factories in China to source clothing for a cheap wholesale price, and custom coded a website that was able to convert at a healthy margin.
The main hang-up for the business was the fact that all of these factories had so many different SKU numbers and products. James eventually ended up custom coding his store so that he would not have to manually update each and every single product.
Since the eCommerce business, James has started multiple other businesses that reached great levels of success. However, James’ biggest business venture to date has been TripleOne. He describes TripleOne as a decentralized business that rewards people all over the world for their individual contributions to companies within the main company TripleOne. Having 13 businesses under the banner of TripleOne, James spends his days refining and innovating his system so that it can continue to grow faster and more efficiently. We are excited to see what comes of this ambitious project and expect nothing but success for the kid genius.
James one piece of advice for entrepreneurs starting out is to focus on their passion and dedicate their lives to the pursuit of excellence within that passion. He believes that anyone who follows their passion will have an innate edge over their competition because of their ability to outwork and out-innovate anyone who is not as passionate about that business as they are. We expect that sooner or later people will be able to work under the TripleOne banner to create businesses that suit their own individual wants and needs. As a decentralized company, the entrepreneurs with the best ideas and the best work ethics will eventually prevail. James hopes that he will spread the roots of entrepreneurship all over the world to people who would not have normally had a chance to contribute to businesses of the size and scope TripleOne well allow them to contribute to.
If you’re interested in following James’ journey, follow him on Instagram.
Tags:   Bitcoin   James William Awad