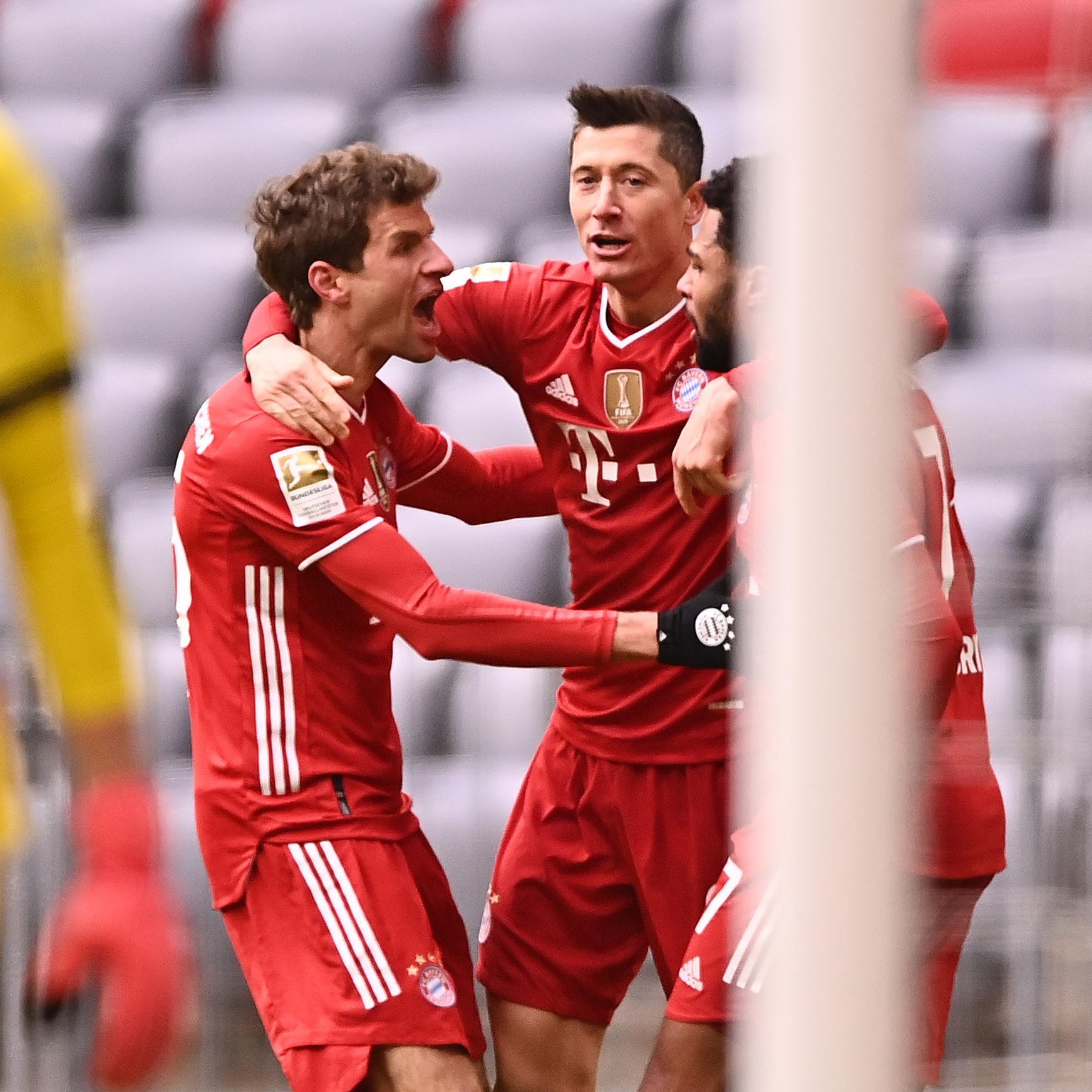 An early setback came when Alphonso Davies saw a red card, but Bayern never seemed to notice being a man down, hat-trick man Robert Lewandowski and Serge Gnabry handing them a four-goal lead before half-time.

The match ebbed in the second half but Bayern were always closer to a fifth than Stuttgart to a consolation goal and sealed a merited victory before the international break.

The Bavarians lined up with Manuel Neuer in goal and Benjamin Pavard, Jérôme Boateng, Niklas Süle and Davies in a back four. David Alaba and Leon Goretzka anchored a midfield featuring Leroy Sané, Thomas Müller and Gnabry, with hitman Lewandowski upfront. Alaba dropped to left-back after Davies was sent off. Kingsley Coman, Eric Maxim Choupo-Moting, Jamal Musiala and Javi Martínez took over from Gnabry, Lewandowski, Sané and Müller in the second half.

One man down, four goals up

Stuttgart made a bold start to the game, Gonzalo Castro seeing an effort deflected behind and Naouriou Ahamada firing off target, Goretzka shooting wide at the other end.

The hosts were decimated to ten men when Davies saw a yellow card for a challenge on Wataru Endo but received his marching orders after VAR intervention. Sasa Kalajdzic tested Neuer, but Bayern hit the gas now and drew first blood when Lewandowski was quickest to react to Gnabry’s low cross and tapped in.

Bayern shone with fine interplay in the box, Gnabry crowning it when he buried past keeper Gregor Kobel. The Swabians were increasingly reeling, and Bayern twisted the knife when Müller’s pinpoint cross found Lewandowski, who headed home. The world’s best player led his markers a merry dance all afternoon and rounded off his hat-trick when he got hold of a loose ball following a mix-up in the box and smashed home.

The match ebbed as Bayern engaged cruise control after the interval. Süle blasted over from distance, Neuer denied Kalajdzic at the other end. A Coman cross only just evaded Müller before Lewandowski miscued from ten yards. Stuttgart dominated possession now but Munich were always closer to a fifth than the Swabians to a consolation goal.

Neuer proved equal to a Mateo Klimowicz effort, a Sané drive whistling inches over the bar. Goretzka and Choupo-Moting miscued their finishes, and both sides saw a number of shots blocked before match official Daniel Schlager blew for full-time.

The result means Bayern have 61 points from 26 matches, four clear of RB Leipzig. A number of FCB pros will be on national team duty during the international break before the Reds return to action on 3 April, when they travel to face Leipzig in the Bundesliga’s mouth-watering top-of-the-table clash.