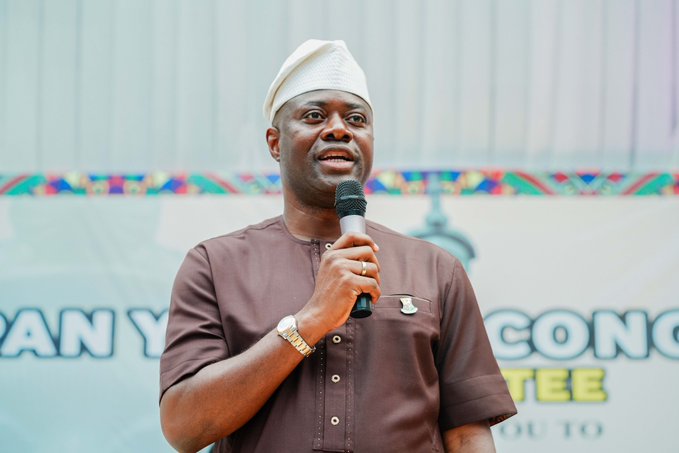 Oyo State Governor, ‘Seyi Makinde, on Saturday, called on leaders in the country to make it a priority to end crisis of division among the Nigerians.

The governor made the call at the inauguration and commencement of duty service of the 8th President of Christ Apostolic Church Worldwide, Pastor Samuel Olusegun Oladele, held at All Saints Chapel, C.A.C. General Secretariat, Bashorun, Ibadan.

He said that Nigeria equally needs to reconcile with the rest of the world.

He said: “The Chairman of the South West Governors picked something from the citation of the 8th President of the CAC Worldwide and he mentioned that his (new president’s) priority is to end the crisis of division that has plagued the church for 30 years.

“I am reading the same thing from a different angle. Our country is at the crossroads right now. The issues of insecurity, banditry, ethnic clashes everywhere. And we know that the leadership of the church or political leaders did not drop from heaven as we are also from this society.

“The division is not just about the local branches here. The church has branches all over the world. We also need to make it a priority that Nigeria needs to reconcile with the rest of the world and I know it will happen.”

He, however, enjoined all politicians to learn from the transition model of the Christ Apostolic Church, which, he said, is rancour-free and encourages peaceful handing over of power.

He said that he was ready to make the difference in Oyo State where, according to him, no governor has handed over to the successor, since the start of the Fourth Republic in 1999.

Makinde pledged to be the first governor to do the handover to his successor in the state.

“In the message of the vice president, he said “we politicians need to learn how to conduct rancour-free elections. I think it is not just about elections. We have something to learn about even handing over power and making proclamation and ensuring continuity.

“When we started the democracy we are now enjoying in Oyo State, if you look at all the past governors, none of them has handed over to the successor.

“But because we are having a new beginning, and as I am standing on the altar of the Almighty, I will be the first governor to hand over to a successor in Oyo State.”

In his own remarks, the Vice President of Nigeria, Prof. Yemi Osinbajo, who was represented by the Aso Rock Chaplain, Rev.Seyi Malomo, commended the Christ Apostolic Church for the smooth process that brought about the inauguration of the 8th President, adding that this is the way it should be.

He said: “I want to commend the Christ Apostolic Church for the smooth process, which has brought the inauguration of the president because this is the way it should be. “Certainly, there is a lot for politicians to learn from the church on how to conduct elections without rancor.

“My prayer for the new president is that his tenure will record greater success in Jesus name.

“I also want to thank the outgoing president for his infallible service to CAC, for the years of glorious and faithful service. You have managed the affairs of CAC with integrity, maturity and fatherly understanding. May Almighty God preserve you for many more years in strength and good health to enjoy your fruit of labour.”