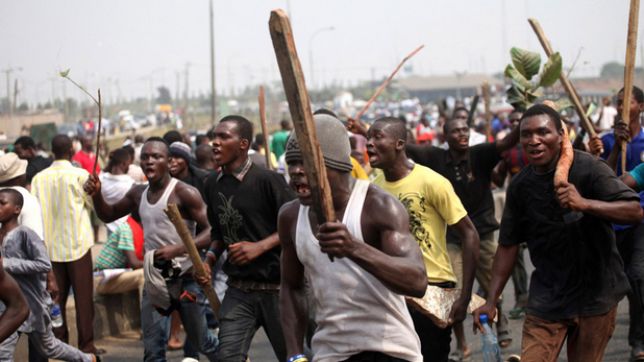 Three people, including a police officer were feared dead with no fewer than five others sustaining varying degrees of gunshot injuries.

Three others are in critical condition at the hospital receiving treatment.

She was ferried out of the place by party supporters.

The on-going by-election in the state is to fill the seat made vacant by the demise of All Progressives Congress lawmaker representing the constituency, Juwa Adegbuyi.

The election got invaded by the suspected political thugs barely two hours into voting process as voters abandoned queues for their lives.