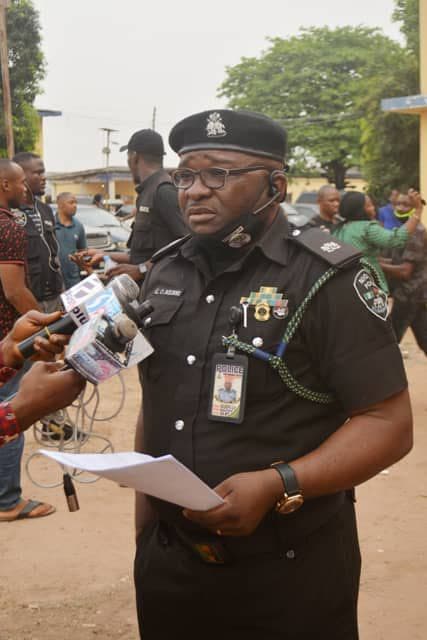 The state Police spokesperson, Orlando Ikeokwu, confirmed the incident noting that one officer sustained gunshot wound and no rifle was stolen.

Ikeokwu said the gunmen could not burn down the station but succeeded in burning files at the station.

“On arrival, they headed to the division’s armory and unable to find any rifle, they set all the files there ablaze. The station was not completely burnt down. Only one policeman sustained gunshot injuries and he was rushed to a hospital. Investigation into the attack has begun,“ he said.

The Interim Management Committee Chairman of Isiala Mbano LGA, Chika Okoroike, who also confirmed the attack blamed the removal of from Anara town for the attack.

He said he had made efforts to ensure the military men return all to no avail.