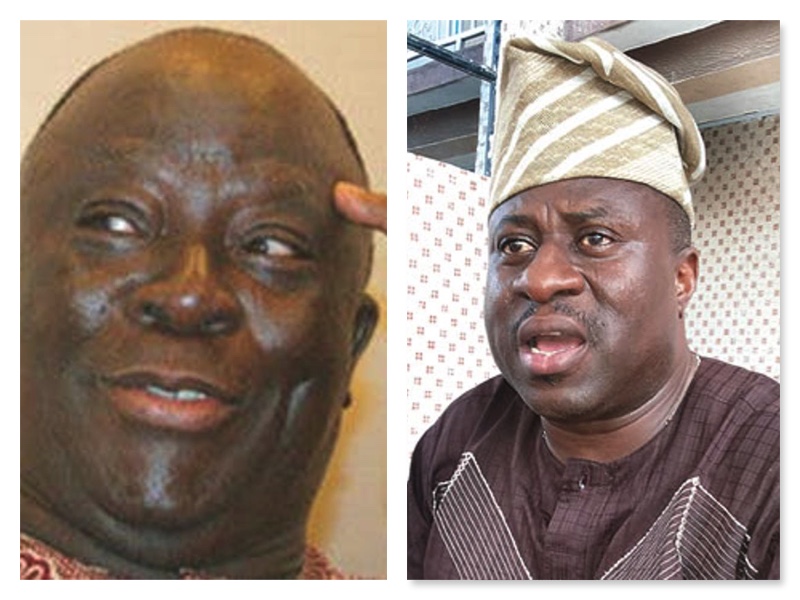 Former Minority Whip of the House of Representatives Babatunde Oduyoye has lauded the emergence of Chief Ayo Adebanjo, as the leader of Afenifere.

He said on Sunday that Adebanjo’s leadership is a positive development for the Yoruba race.

Oduyoye was a former national publicity secretary for Afenifere.

Oduyoye, who is now special adviser on Strategy and political matters to Governor Seyi Makinde maintained that the choice of Pa Adebanjo as Afenifere Leader is a step in the right direction.

He added that the Yoruba people need Pa Adebanjo’s wealth of experience, versatility and unassailable courage at this point in its history.

According to Oduyoye, the challenges facing the South-West states and the Yoruba nation as a whole in terms of leadership, insecurity, slow pace of economic development, among others, can only be surmounted with the vision and passion of Pa Adebanjo, who has, over the years, made his “voice count at every moment that mattered the most.”

Oduyoye prayed for more strength and good health for Pa Adebanjo, who he described as a worthy model and fearless leader.

He declared that as a committed Afenifere member, he has never regretted following leaders like Pa Adebanjo, in more than two decades that his path crossed with Baba.

He called on Yoruba sons and daughters to support Pa Adebanjo and the Afenifere towards the emancipation and progress of Yorubaland, saying that the Yoruba would need to speak with one voice before it would overcome its struggles.

“I have heard and read several things said and written since my Leader, and someone for whom I have a deep personal respect, Pa Ayo Adebanjo, emerged as the Leader of Afenifere.

“I make bold to say that the emergence of Pa Adebanjo as Afenifere Leader at this period in our history is a welcome development, as his fearlessness, courage and wealth of experience will come in handy in helping to surmount the challenges facing the Yoruba nation.

“At a period that Yoruba states and Yoruba people are breathing heavily under the burdens of an ‘unfederal federalism’ of Nigeria, at a period that insecurity, including herders-farmers clashes, kidnapping and banditry have reached a peak, at a period that external forces are seeking to weaken the Yoruba nation, the coming on board of Pa Adebanjo as Afenifere Leader is, indeed, momentous.

“For anyone who knows Pa Adebanjo, it will be clear that Baba is up to the task and apparently well-prepared for this position, having undergone tutelage from the most visionary and most insightful Pa Obafemi Awolowo.

“Similarly, Pa Adebanjo has spent over seven decades of his life fighting the Yoruba cause.
“Someone like me, who became close to him over two decades ago, can testify to the fact that Baba is an unrelenting fighter whenever it comes to the cause of the Yoruba people, so I have no doubt that he will succeed in this task.

“While congratulating Baba for assuming this thankless and tasking position, I also encourage all Yoruba sons and daughters to rally round Baba, so that, together, we can all overcome the challenges assailing our nation as Yorubas.” Oduyoye added.