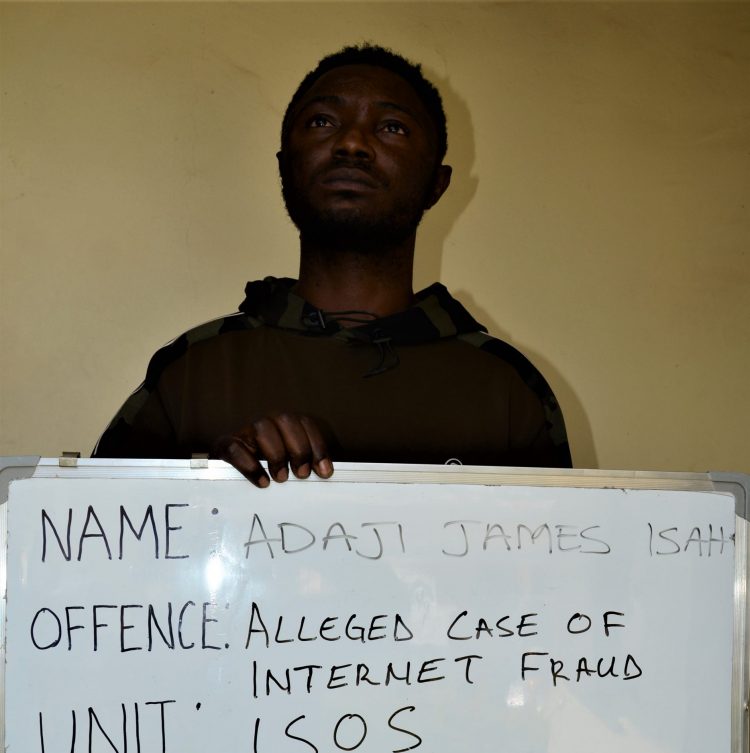 Adaji: He is being prosecuted for love scam

Justice P.Mallong of the Federal High Court in Kaduna on Monday granted bail to one Adaji James Isah who is being prosecuted by the Economic and Financial Crimes Commission, EFCC over love scam.

He had pleaded not guilty on March 11, 2021 when he was docked on one count charge bordering on romance scam.

Adaji, who doubles as a farmer and student was arrested at Faringada, Jos, Plateau State following intelligence that he had been extorting American divorcees while professing love to them via social media platforms such as WeChat and others.

The charge reads, “that you Adaji James Isah ‘M’ sometime in February, 2021 in Jos, Plateau State within the jurisdiction of this Honourable Court did commit an offence to wit; impersonation when you fraudulently held yourself out as one Sergeant Sidhu Rueben of the United States Army and induced one Ram Murti to part with $12,200) Twelve Thousand Two. Hundred United States Dollars) as payment for vacation and replacement with the intent to gain advantage for yourself and thereby committed an offence contrary and punishable under Section 22(2) (b) of Cybercrime (Prohibition Prevention, Etc.) Act, 2015”.

At the resumed sitting today, Justice Mallong granted bail to the defendant in the sum of Two Million Naira with two surety in like sum.

The surety must be a public servant not below Grade Level 14 in the public service.