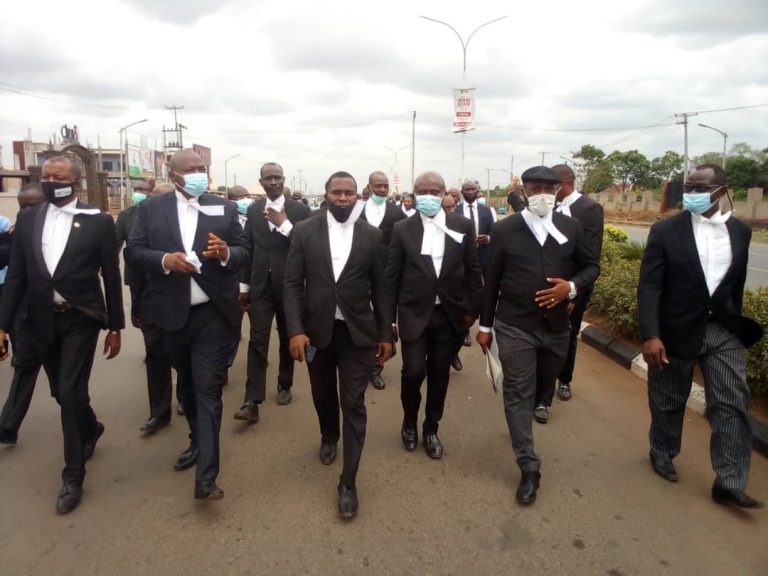 Lawyers in Anambra, under the aegis of the Committee of Chairmen and Secretaries of Nigerian Bar Association (NBA), have announced that they will stay away from courts in the state between March 22 and March 24.

The lawyers, who staged a protest in Awka on Monday, said the court boycott was to mourn their colleague, Mr Frank Onwuachi, who died in the hands of kidnappers and draw the government’s attention to the rising insecurity in the state.

Onwuachi was also the President-General of the Omor community in the Anyamelum Local Government Area of the state at the time of his abduction and eventual death.

The lawyers expressed fears that with the rising spate of killings in the state, no one was safe.

PM NEWS notes that the boycott notice, contained in a resolution by chairmen and secretaries of the eight branches of NBA in the state, was signed by Messrs Onyechi Ononye and Ekene Okonkwo.

According to the statement, all lawyers in the state shall boycott all courts from March 22 to March 24.

“Chairmen of Bar branches in Anambra are requested to sensitise their members and various court heads to ensure compliance with the above directives,” the statement said.

Responding, Secretary to the State Government (SSG), Prof. Solo Chukwulobelu, lamented the rate of killings in the state, saying that it had become alarming.

Chukwulobelu, however, said that the government had put in place measures to stem insecurity in the state.

“A joint security task force has moved into action to ensure that such deadly acts do not occur again, while community vigilance groups and leaders of town unions have also been briefed on what do,” he said.