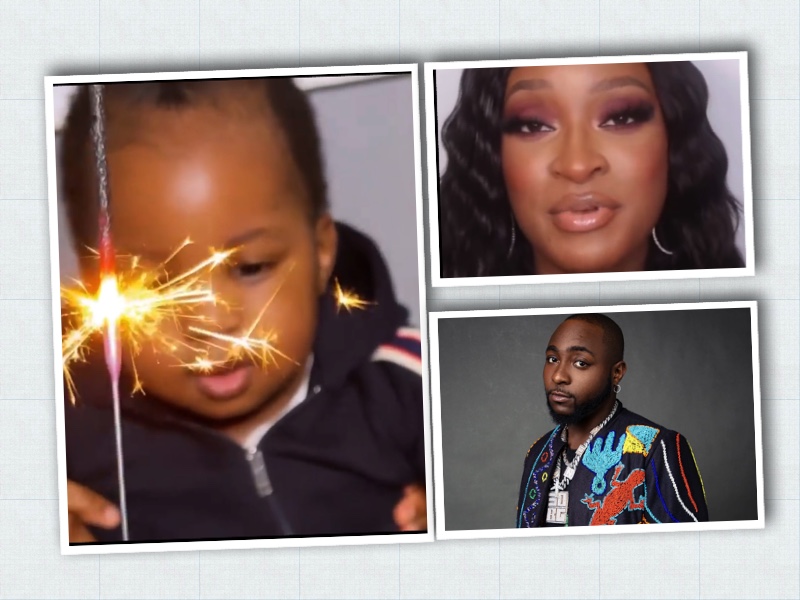 Dawson Noe a.k.a son of David, Larissa London and Davido

Since last year when Larissa London delivered the child, the father has been rumoured to be Davido.

What further fuelled the rumour was Larissa’s decision to name the child Dawson Noe, which in Welsh means “Son of David”.

Davido however has denied maternity and was reported to have changed his phone number last year because of the Angolan.

The Nigerian singer has had three babies from other women, including her betrothed Chioma, who gave him a son Ifeanyi last year also.

On Tuesday, Larissa celebrated alone with her son, posting a video, with a caption: “Motherhood. My greatest Honour. Happy 1st Birthday Noé💙

Larissa was said to have met Davido at the backstage of his concert at the O2 in the UK, a few years ago.

The two kicked off a romantic relationship, leading as some believe, to the birth of Dawson Noe. with Larissa after the show, the result of which is his second son, Dawson Noe.