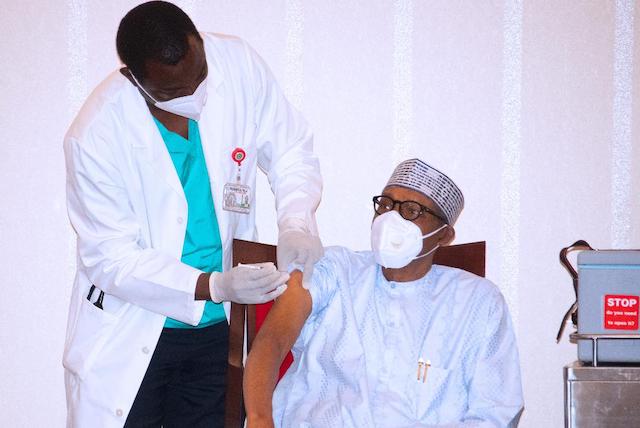 The AstraZeneca vaccine has been administered on 122,410 Nigerians, a spokesman for the Presidential Task Force (PTF) on COVID-19 said.

He said only Kogi, Kebbi, Zamfara and Oyo State were yet to officially kicked-off vaccination.

He, however, said Oyo state was set to commence any moment as there were indications that the state could start vaccination on Monday.

On reservations against AstraZeneca vaccines, he said a study in the U.S had showed that no cases of blood clot and the vaccine was fully safe and efficacious.

“Recently, there have been concerns raised on the safety and efficacy of the Oxford AstraZeneca vaccine.

”The European Medicines Agency has declared the Oxford organic COVID-19 vaccine as safe and efficacious after an investigation that was conducted in two cases of adverse events of blood clotting alleged to have been linked to the batch of the vaccine in some European countries,” he said.

Shuaib said that the long-awaited U.S trial of the vaccine confirmed that it was both safe and highly effective.

He added that it was probably the most effective stopping symptomatic COVID-19.

Shuaib said that it was about 100 per cent effective at preventing serious illness, adding that the study also showed no issue regarding blood clots.

“We will ensure that anybody that is indicted in the case is dealt with in accordance with the law.

“On this issue, the PTF is closely monitoring vaccine accountability all across the country in order to ensure that similar activities of vaccine management and other sharp practices are avoided.

”We have also established a collaborative partnership with regulatory and anti-corruption agencies to further strengthen vaccine accountability.”