Ambode returns to Twitter after almost two years of absence 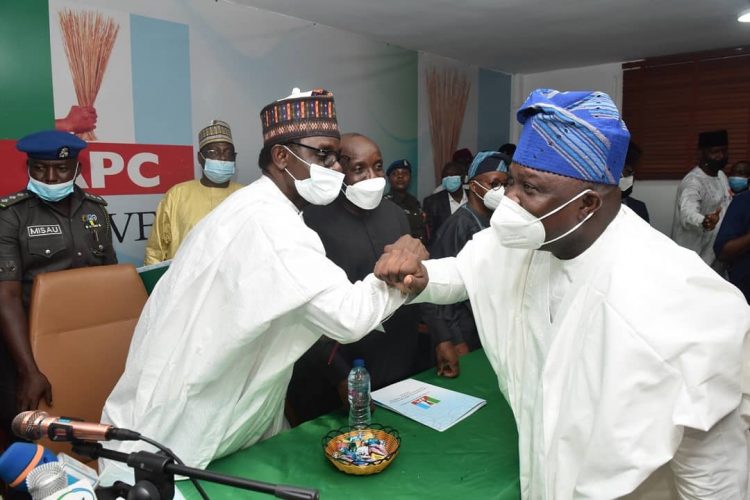 Ambode returns to Twitter. Above with Mai Mala Buni on Tuesday

Former Governor of Lagos State, Akinwunmi Ambode returned to Twitter on Tuesday, tweeting for the first time after almost two years of absence.

The former Governor has been away from Twitter for one year and 10 months.

The last time Ambode tweeted was May 28, 2019, when he handed over to the current Governor, Babajide Sanwo-Olu.

That day, the former governor tweeted: “To the Glory of God, I have just handed over the reins of government in Lagos State to His Excellency, Mr. Babajide Sanwoolu, after a rewarding 4-year experience.”

The tweet came after his appointment as a member of the 61 APC Contact and Strategy Committee by APC Caretaker Committee Chairman, Mai Mala Buni.

The members were inaugurated on Tuesday.

In a tweet on Tuesday, Ambode said: “Along with other notable and distinguished colleagues, I was today selected by our party, the All Progressives Congress, to be a member of the Contact and Strategy Committee.

“This is a call to serve the Party and more importantly, our nation.”