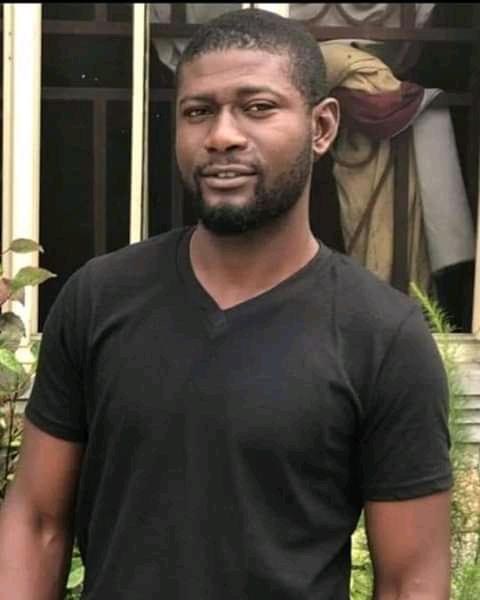 Rights activists in Rivers are up in arms against the police over the arrest and detention of Lucky Onisokumen, a driver with the online taxi booking company, Bolt for five days without knowledge of his family.

Ironically, the Police have not been able to come up with cogent reason for the arrest and detention of the taxi driver.

And because he was kept incommunicado during the period of his detention,  Onisokumen family had issued  a statement on social media seeking his whereabouts after informing the Police that he had gone missing.

But it was found out after five days that he was arrested and discreetly detained by the men of the Inspector General of Police Tactical team without informing his family nor the transport company he works for as a driver.

It was gathered that police also denied that he was in their custody when his family members made inquiries at the IGP Monitoring Unit in Borokiri area of Port Harcourt.

But a journalist who was part of the visit to the IGP Monitoring Unit Office,  Soibi Oruwari, said they suspected a foul play when they saw Onisokumen’s red color Toyota Avalon car parked outside the station.

Oruwari later contacted Rivers Commissioner of Police, Eboka Friday to intimate him of their findings.

The CP promptly called the Divisional Police Officer, DPO, of Borokiri Police Division to investigate if the Bolt driver was detained at the station and why his car was there.

The DPO arrived at  the IGP Police Unit in record time and effected the release of  Onisokumen immediately.

After he was released, the traumatized driver explained that he was arrested by the men of the IGP Tactical Unit at Eneka axis of Port Harcourt last week’s Thursday, March 18.

He added that he was dehumanized and denied his basic fundamental human rights during the detention.

It was not clear at the time of filing this report what the intentions of the two policemen who abducted and detained Onisokumen were.

But there are speculations that they might have wanted to kill him and collect his vehicle.

The Bolt driver is calling for r the prosecution of the two officers who illegally abducted him.

In the same vein, rights activists in Rivers are lamenting that the arrest and illegal detention of Onisokumen indicated that Police officers are repeating the atrocities that led to #EndSARS protests.

Henry Ekine, a Port Harcourt based human rights lawyer and Prince Wiro, of the Center for Basic Rights Campaigns And Accountability noted that the police are gradually returning to their old ways of operation of detaining innocent citizens on cooked up charges, torture as well as torture and extortion of the citizens.

They called on Rivers Commissioner of Police to rise up to the occasion by fishing out the bed eggs among his officers and men and bring them to book.

They reminded the Commissioner of Police that the death of Chima Ikwunado the auto-mechanic who was tortured to death by officers of the Eagle Crack Squad and the brutalization of five traders of Ikokwu market started with their illegal arrest and unlawful detention in December 2019.

The activists, however, hailed the timely intervention of the CP Friday and the efforts of  Oruwari, for facilitating the release of Onisokumen.