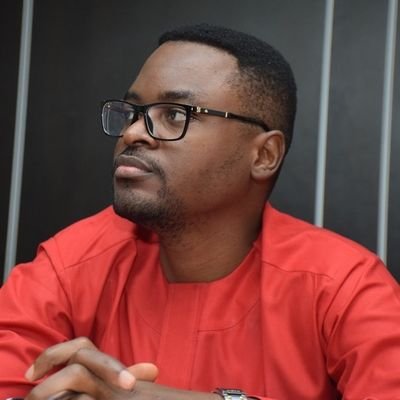 Nigerians need new alliances – political, social, and humanitarian concordat. But we must start from a foreground of truth to achieve this holy grail. Our history as dispensed in public discourses and by government hagiographers is largely revised and contorted to suit pacifist narratives. We cannot paper over our past of fissures, but we can learn from it. Nigeria’s past is not glorious; in fact, the ‘’heroes past’’ as often refrained in our national anthem were not national heroes but ethnic and sectional champions.

As a matter of fact, our ‘’heroes past’’ never made pretensions of being national heroes. Obafemi Awolowo, the late sage, acknowledged this fact when he said in 1960 — after the general election: “Our struggles for independence have produced no single national hero who is held in reverence and affection by the vast majority of the people of Nigeria.”

The political establishment at the time — 1960-1966 – was steeply ethnic-governed. The major political parties – NCNC, NPC and AG – won elections by the strength of their ethnic complexions. For instance, the NPC, Tafawa Balewa and Ahmadu Bello’s party, won 134 seats in the Federal House of Representatives election of 1959, polling 2,027,194 votes. About 90 percent of the votes came from the north. In the east, Nnamdi Azikiwe’s NCNC won about 90 percent of the votes just as Awolowo’s AG won 80 percent of votes in the west.

Even political alliances at the time were not forged out of ideology, patriotism or national cohesion; they were forged out of the atavistic pursuit of vendetta – to crush other groups and the opposition. In fact, it was as a result of this deep-seated bitterness, that Zik’s NCNC went into a congress with Bello’s NPC against Awolowo’s AG. According to Zik, Awolowo’s party must be stopped from taking power at the centre because ‘’it would destroy political opposition’’.

We must deconstruct revisionist fabrications and pretensions to make good of the future. Knowing that we started off on a faulty foundation should thrust us into consciously working out our destiny. We cannot hold on to an acrimonious past as a precedent for the present and the future. We take the lessons from the past and forge a new path.

We need to hammer out new alliances across spectrum – not only political pacts, but social and humanitarian accords. Political ententes in the past, as I explained earlier, were not brokered for national cohesion or unity. They were negotiated for certain provincial designs. So, we have to build from the basics new alliances incorporating all sections of Nigeria, not devious concords pitting one section of the country against another.

We need new alliances wedding the north with the south, and the east with the west in national matrimony. But to achieve this, we need to have a NATIONAL DIALOGUE.

A fundamental flaw with Nigeria is a lack of consonance. We inherited a military tradition where policies and directives are knocked down the throats of citizens – without their consultation. So naturally, citizens rebel against the order. We have fervid conversations and arguments on national issues in silos; taking sides whether rational or irrational. But will it not do great good if citizens converge on a national colloquy to speak on their interest, challenges, and to decide their own path within Nigeria?

We all have something to say. Everyone is talking but no one is listening. No argument is silly. Nigerians need to be heard. The #EndSARS protests that jolted the country to its bottoms were largely as a result of years of insouciance and insensitivity on the part of the government while law enforcement agents menace Nigerians.

The same pachydermatous disposition of the leadership(s) is the reason for the secessionist agitations across the country. Nigerians want to be heard. Though the agitations are mere thoughtless gyrations, the overarching propulsion for these performances must not be dismissed. Concerns of nepotism, marginalisation, favouritism and state bigotry should be addressed.

We must manage our diversity with ‘’care, fear and trembling’’. Any perceived bias or prejudice from the leadership will set off an alarm in a section of the country that feels short-changed. The reason for the bedlam everywhere in the country today is because our diversity was mismanaged.

The government must decide; to listen to Nigerians or to continue on the primrose path to doom. It is either the leadership revisits the recommendations of the 2014 national confab or convoke a national jawing. Considering the huge expense that will be involved in having another grand confabulation, the government can decide to implement the recommendations wholly or partially. It could also fashion its own way of achieving this. At least, let it be seen that the government is attuned to the zeitgeist.

Nigerians want to be heard.

*Fredrick Nwabufo; Nwabufo is a writer and journalist. Twitter: @FredrickNwabufo