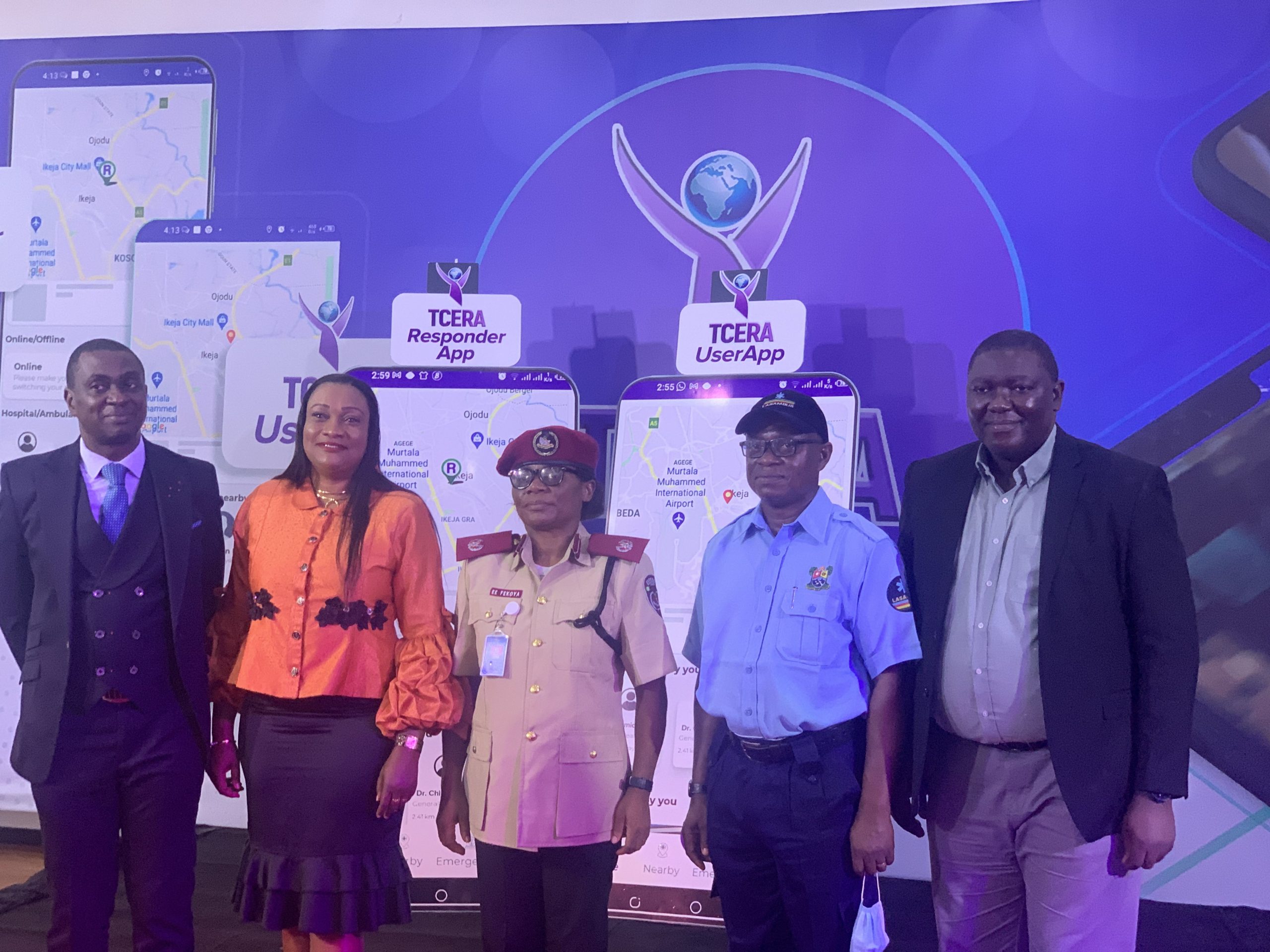 TCERA can be used to connect victims of emergencies to TCIF Volunteer first responders who have been recruited, trained, equipped, and registered with the TCIF First Responder Network. This network is made up of volunteers from all walks of life. They are willing citizens trained to provide first aid to those that need it.

TCIF which is also a member agency of the Chris Oyakhilome Foundation International has through the years consistently focused on improving trauma management and emergency response services in Nigeria.

TCIF has achieved this through its numerous initiatives which promote enhanced pre-hospital care and first responder education, its voluntary blood donation programs and community-based health projects.

In her welcome address, the Chairperson of Trauma Care International Foundation, Dr. Deola Philips heralded the launch, describing it as new innovations designed to usher in advancements in pre-hospital care in Nigeria.

According to her, the Foundation has been training volunteers in first aid skills and has formed a network of volunteers trained in first aid and basic emergency response called the TCIF First Responder Network.

The foundation which also recognises the Lagos state government’s efforts in the provision of adequate pre-hospital care for trauma and emergency victims, launched the TCERA to further aid and support this ongoing laudable work in the health sector.

Dr. Phillips expressed the hope that the deployment and use of these applications within the Lagos Metropolis by its residents will not only help to reduce the morbidity and mortality rates associated with injuries but that their use will complement and lend support to the impact of the existing emergency response framework within Lagos state and the nation.

“We look forward to opportunities to collaborate with the existing trauma management structures both at state and local government level, and to scale up the deployment of the application across the nation.

“Numerous opportunities exist for relevant stakeholders and corporate organizations to collaborate with Trauma Care International Foundation in delivering these sustainable solutions towards contributing immensely to improving on the pre-hospital care that we have available in our nation, Nigeria,” she added.

Addressing journalists at the end of the event, Pastor Dr. Emeka Eze said the idea behind the launching of TCERA is to create a network to beat the prevailing problems of prevalent traffic situations for first responders to get to the scene of an emergency.

“We are talking about 24 to 25 million people and a network to beat the prevailing problems of like prevalent traffic situations for first responders to get to the scene of an emergency.

“I mean the emergencies like car accident, we have the collapse building, flooding, we have the domestic accident and some of these things are not well recognised by the public, but they are there and many times the time between first attention and getting to the hospital determine whether the person will survive or not and that’s why the mortality rate that means how many people will die, and the morbidity which means long standing complications and illness as a result of the accident is very, very high when people cannot get to the point of help or the helpers cannot get to the point of the accident on time.

“Now, the network in Lagos state that has been set up by the lagos state government is already doing something beautiful but ambulances, there are areas where ambulances cannot pass but imagine a situation where we have all the responders right where the accident are taking place and that’s the idea behind the TCERA.

“Somebody who has an accident and has neck pain should not be moved in any particular way, there’s a particular way to move people with spinal injury to the neck, otherwise it’s going to be either death or permanent paralysis and many times in trying to help people get killed.

“So this is the idea behind the TCERA app, it is an emergency response application, the moment the accident happens either the person involved or a bystander can click on it and somebody who knows what to do can appear within 3 minutes, this is the motivation behind it and mobilizing people to actualize it is not just the government responsibility just like people will say security is everybody’s responsibility, security includes health, prevention of accident and so on and so forth.

“So, we are bringing in people and calling on people who is interested to be available for the training, we want to expand our network to tens of thousands of people, right now we have 3,000 people trained covering every local government area in Lagos state, but we want to expand it in Lagos and then expand it beyond Lagos, all over the world.

The senior Executive officer of Trauma Care International Foundation- Dr Olajumoke Akisanya in her speech said the laudable and innovative technological solution will save the lives of many in our nation starting with the city of Lagos.

“It is part of Trauma Care International Foundation’s strategic contribution to improved pre-hospital emergency care in the nation Nigeria, as studies have shown that delays in reaching trauma victims can increase their risk of permanent disability and death.

“It is our goal to work closely with the government, strategic communities and corporate organisations to significantly reduce the emergency response time in our communities while championing volunteerism in pre-Hospital care through the TCIF First Responder network and the usage of the TCERA applications.

Dr. Akisanya also mentioned some of TCIF’s strategic partners for the project including the Lagos State Ambulance Service, the Federal Road Safety Commission, the Nigerian Boy Scouts Organization, Lagos Neighbourhood Safety Corps and many others.