Crimes committed under the hijab 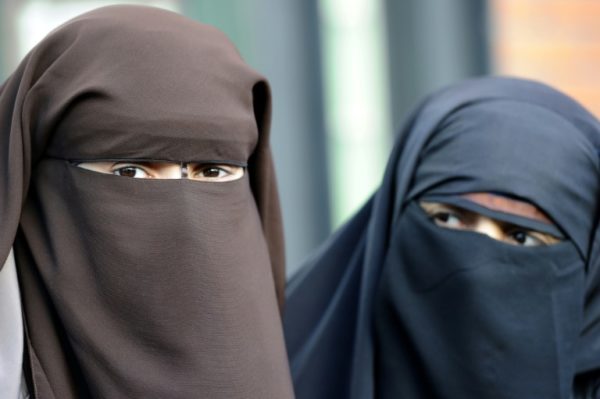 The forces battling for the soul of Nigeria have come up again with another controversial issue that is already tearing the country apart. Recent trends have shown that these forces are bent on emasculating western education hiding under the guise of religion to perpetrate
evil, cause hatred and division among the Christians and Muslim faithful in areas where they coexisted peacefully in time past.

First, it was the dreaded terrorist group, Boko Haram declaring western education in Nigeria is forbidden. An opportunity they used in unleashing mayhem across Nigeria. Then the notorious bandits, turning away from their first love, kidnapping the wealthier to setting their searchlight on abducting school children/pupils enrolled into western education. The situation has led to the shutdown of many boarding schools across the country. The bandits abducted 300 boys from Katsina Kankara Boys School, about 300 girls from Zamfara Jangebe Girls School, and recently 39 boys and girls from the Federal College of Forestry Mechanization in Afaka, Igabi area of Kaduna State. These are just a few cases in point.

While the government is still battling to find a way out of the frequent report of students being abducted from our boarding schools, a development that is already tearing our nation and educational system apart, these forces came knocking again, this time with the hijab brouhaha, another very delicate matter that is already crippling western education as seen in Kwara State

Before we delve proper into the crimes committed under the hijab, it is pertinent to note that the Hijab issue here will be looked at not as a religious issue but as a security issue. The hijab culture is an age-long tradition that existed long before the advent of Islam. Besides what is referred to as hijab today is different from what is referred to as Hijab in the Holy Quran. The term hijab as used in the Holy Quran simply refers to partition, walls, and separation and does not in any way represent any particular mode of dressing.

By Hijab here we generally refer to all forms of coverings used majorly by female Muslims. Hijab comes in different shapes and sizes and has specific names. The hijab veil itself covers just the face and neck region, while the Niqab veil covers the head and the entire body or may terminate at the waist region revealing only the eyeballs. The burqa veil which is likened to masquerading covers the entire body leaving nothing to the imagination of the eyes.

Instead of being a symbol of reverence, modesty, and admiration, females in public places adorning hijab-veil are now a cause of palpable fear and apprehension. This is as a result of the numerous atrocities committed under hijab by numerous folks both Muslims and
non-Muslims.

The hijab which in time past, projects female folks in good light and also protects them from being seen as objects of sexual admiration and targets of sexual predators is now a primary subject of commotion. The hijab narrative is quite different now as adorers of hijab are seen as a subject of commotion as a result of the crimes committed under the
hijab.

To douse the numerous atrocities perpetrated using the Hijab veilChad, Cameroon among other nations banned the use of hijab-veil in their respective countries. Nigeria where terrorism is biting hard is yet to follow suit. This may possibly be interpreted by some that the
Nigeria Government may not be serious in her fight against terrorism
and we cannot blame them for taking such a position.

It is expected that if hijab-veil cannot be banned completely, the masquerading hijab-veil outfit; niqab, and burqa, the ones that cover the face and the entire body including the eyes should be disallowed in Nigeria public space by now.

Aside from that, the masquerading hijab-veil is naturally scary; it also obscures identity making it an easy option for criminals to go for. Think about it, doesn’t it feel quite strange, in fact, scary to shop together with women or board the same taxi/cab or flight with omen wearing the masquerading hijab-veil. What if they are terrorists and decide to blow up the plane, taxi, or shop? Several reports of shoplifting spree under hijabs are reported daily.

Sometimes back, tricycles (Keke Napep) were disallowed from using blinds to conceal their goods and passengers in Kano and other Northern states as a result of the nefarious activities some of them were found involved in. This same treatment should be applied to the
masquerading full-face hijab-veil also. This will go a long way to curtail the numerous atrocities committed under the hijab-veil.

Several accounts of camouflages of ladies using hijab-veil as cover to conceal immoral acts abound. Nowadays, when going for sexual escapades somewhere or to meet their men friends, ladies prefer to wear the masquerading hijab-veil to prevent them from being identified by
unsuspecting passers-by. Besides, it is normal in Abuja and other big cities to see prostitutes dressed in hijab making passes at men for sex for money. As mentioned earlier, this is dastardly acts are not peculiar to the Muslim ladies only but others as well.

I still remembered vividly while travelling from Zaria to Abuja in a commercial vehicle, how a lady with a full-face masquerading hijab joined the vehicle and immediately she settled down removed the face hijab, and put it in her handbag. It was quite glaring to the
passengers on board that she only used the masquerading veil to hide and escape from being recognized from wherever she may be coming from.

Equally several cases of female suicide bombers are reported to have concealed their explosives in their hijab. In 2014, a female suicide bomber killed herself and a soldier when she detonated the explosives concealed in her hijab at the Nigerian Army Barrack in Gombe. The same year, it was also reported how a female suicide bomber with an
explosive belt under her hijab detonated a bomb that killed four and injured over 50 persons at a Kano Roman Catholic Church. In fact, men too have taken to wearing the hijab as it makes it easier for them to conceal their identity and escape with crime reports revealed. As a result of these heinous crimes against humanity, some people proposed
the ban of hijab and this is not out of place.

Besides, there are arguments among Muslim scholars that the masquerading full-face hijab-veils are actually un-Islamic and it contravenes what the Holy Quran advocates. They argued that it is an age-long tradition that had its root in the Arabian Peninsula before
the advent of Islam. They also argued that a variety of the Holy Qur’an passages contradict its use. This postulates that the Quran only calls for modest clothing and did not ask women to cover their faces.

I urge the Nigeria Government across all levels to eschew sentiments and do the needful for the good of our country Nigeria.

What’s your take on this?