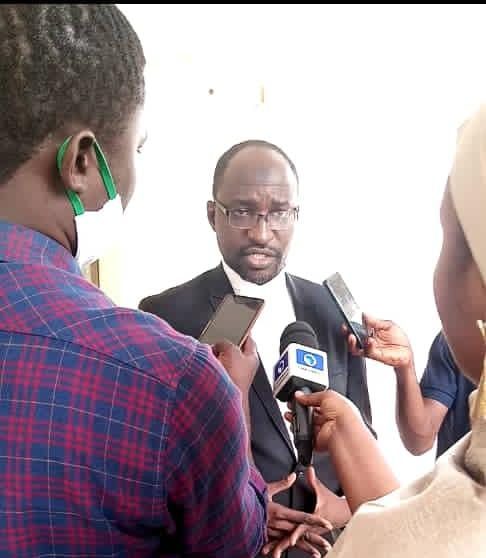 A Federal High Court in Bauchi has awarded an unprecedented compensation of N200 million to two Nigerian victims of police brutality.

They were killed by the police, while in detention, over chickens,

The landmark judgement in favour of the deceased Nigerians was delivered today.

A third victim of the police torture was awarded N10million.

Justice Hassan Dikko, who gave the ruling said his court was convinced that two of the victims, Ibrahim Babangida and Ibrahim Sama’Ila – were tortured to death by the police.

They were accused of stealing 24 chickens belonging to a retired police officer.

Their families would collect the N200m compensation at N100million each.

The surviving victim, 30-year-old Abdulwahab Bello, was awarded the N10 million for the brutality, senseless arrest, and torture he suffered.

The men were arrested on 21 July, 2020 following an allegation of chicken theft against them.

According to their lawyer, Dr. Mukhtar Abubakar Usman, Bello and his late friends were detained at the Township Division “A” Police Station in Bauchi.

Bello told the court how Superintendent Baba Ali, who was the Divisional Police Officer (DPO) at the time, used a pestle to torture him and his two friends who died as a result of the brutality.

“He hit Ibrahim continuously until his last breath,” the visibly moody survivour, who now limps, said.

The action of the police was condemned by Bello and the families of his late friends who filed a suit at the Federal High Court in Bauchi.

Joined as respondents were Ali, one Sergeant Jibrin Mohammed, the Commissioner of Police in Bauchi, the Inspector General of Police, and the Police Service Commission.

Five months after the suit was filed, Justice Dikko agreed with the submission of their counsel that Babangida and Samaila were extra-judicially killed.

According to the judge, the action of the police amounted to the infringement of the victims’ fundamental human right to dignity.

“Justice has been served and I am happy but for the children who lost their lives, I pray for the repose of their souls,” said Babangida Ibrahim, the father of one of the late victims, according to a report by Channels TV.

The mother of the other victim, Hajara Ismai’l, also said she had lost hope of getting justice and thanked the court for the judgement.