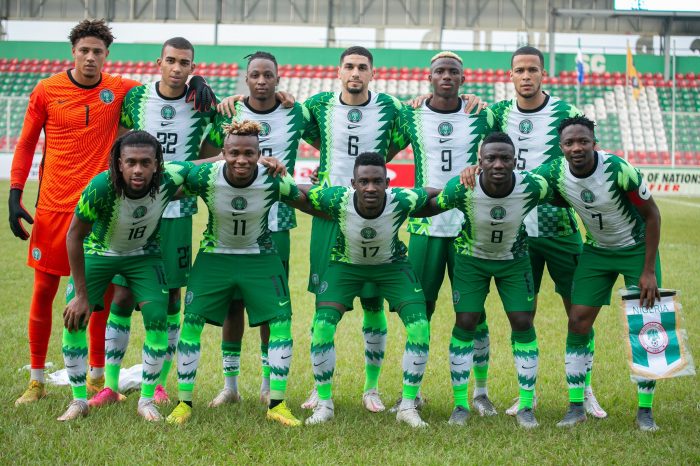 The Lagos State Government has announced the closure of roads around Teslim Balogun Stadium for Tuesday’s African Cup of Nations qualifier between the Super Eagles and Lesotho.

The Super Eagles play Lesotho on Tuesday at the Teslim Balogun Stadium.

It is the first time the Eagles are playing in Lagos in 20 years.

The government said all vehicular movement around the Teslim Balogun Stadium will be prohibited from 10.00am to 10.00pm on Tuesday for the live football match.

In a statement released by the Ministry of Transportation, the Commissioner, Dr. Frederic Oladeinde revealed that the closure was necessary to effectively manage traffic better and tighten security at the Stadium.

He assured that provisions have been made to manage traffic along the axis for the 12 hours period.

‘In line with this development, motorists are advised to avoid movement around the stadium from 10.00am. Traffic approaching Teslim Balogun from Ojuelegba and Alaka/Eric Moore can only pass through the flyover,” he said.

He appealed to motorists that use the corridor frequently to cooperate with the LASTMA officials that would be deployed to manage the traffic flow as it would ease movement and minimize expected inconveniences.

The Super Eagles have already qualified for AFCON 2021 to be played in Cameroon having beaten Benin 1-0 away in Port Novo on Saturday.

The game against Lesotho is just a formality for the Super Eagles as they will still top the group even if they lose.