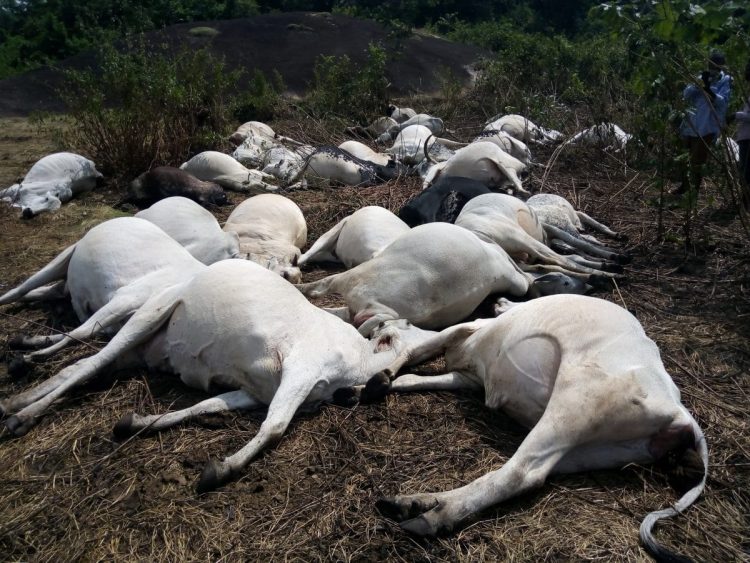 Ondo state police command have begun an investigation into the cause of death of 22 cows in Akungba-Akoko, Akoko, Ondo State.

Reportedly, the death of the cows has thrown the community into panic and confusion. The cows which belonged to Ibrahim Saliu were rumored to have been poisoned by some persons who are envious of Mr. Saliu.

The spokesperson of Ondo State Police Command, DSP Tee-Leo Ikoro in an interview said that the cows were given poisoned water, adding that further investigations into the matter have commenced.

Special adviser on security matters to the Ondo State Governor, Jimoh Dojumo said the herders decided to slaughter the cows after suspecting they have taken some poisonous substances.

He also said the government is putting necessary measures in place to ensure that the beef from such cows was not sold for consumption by unsuspecting members of the public.