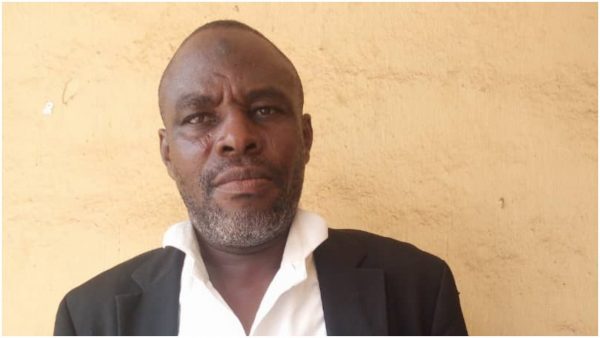 A fake lawyer, identified as Azeez Agboola, was arrested in court at Agbara, Ogun state Wednesday, right inside the courtroom

Agboola was arrested after the presiding judge was suspicious of his manner of presentation in the court.

The judge invited the police to arrest him to authenticate his claim of being a lawyer, Ogun State Police Public Relations Officer, Abimbola Oyeyemi said.

“Upon his arrest, the suspect was personally interrogated by the DPO of Agbara Division, SP Dahiru Saleh.

‘He confessed that though he read law in the university, he has not been called to Bar since he has not passed the law school examination.”

Meanwhile, the Commissioner of Police, Edward Ajogun has ordered that the suspect be charged to court as soon as possible.