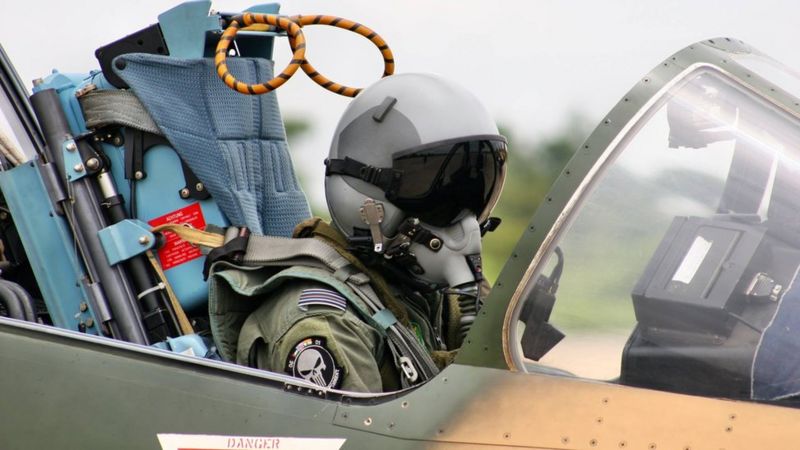 An Air Force pilot in an Alpha jet: two pilots are missing

Air Commodore Edward Gabkwet, spokesman of the Nigerian Air Force dropped an ominous message Friday morning about the fate of the two pilots in the missing Alpha jet.

“At this point, the NAF is not ruling out anything regarding the incident”, Gabkwet said.

Gabkwet confirmed that the Alpha jet aircraft NAF 475 that went off radar on Wednesday, might have crashed.

He anchored this on intelligence report gathered by the Nigerian Air Force (NAF).

Gabkwet said the cause of the crash as well as the whereabouts of the two pilots remain unknown.

“It however remains hopeful that the crew would soon be found and rescued”.