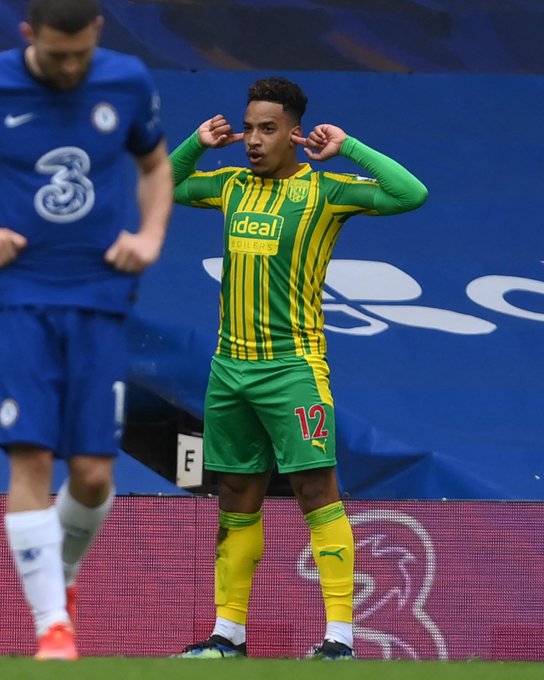 Chelsea had taken the lead in the first match of the English Premier League after a return from international break.

This came via a goal by Christian Pulisic, who tapped into the net after a free-kick hit the post.

But the match turned upside down after defender Thiago Silva was sent off moments later for a late tackle on Okay Yokuslu.

Matheus Pereira equalised for the Baggies and then handed them the lead in dramatic turnaround during first-half stoppage time.

Callum Robinson rounded off a lovely flowing move to make it 3-1 after the break.

Then Mbaye Diagne rounded off a sweeping counter-attack to add a Baggies fourth.

Callum Robinson added the fifth in extra time, to give the Sam Allardyce boys a memorable victory and hopes of avoiding relegation.