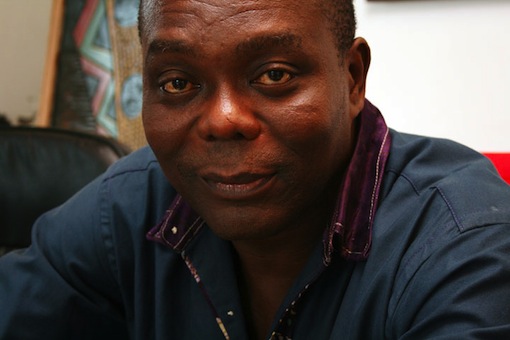 Confusion has taken over the entire land of Nigeria. To use the popular parlance, “everything is now jaga-jaga!” As I write now, the music of Eedris Abdulkareem booms: “Nigeria jaga-jaga! Everything scatter-scatter! Gunshots in the air…”

Let’s start this jaga-jaga matter from where the matter really started: Jega! Yes, let’s bring Professor Attahiru Jega, the man who brought change to Nigeria as the umpire of the 2015 presidential elections, from the back of beyond – apologies Biyi Bandele. Ask Orubebe, the INEC result announcement-disrupter, and he would tell you that Jega was the author of the jaga-jaga dealing with Nigeria from the very beginning.

As our ancestors say, in tracing a crime there is the need to go back to the blacksmith that forged the gun. The arrangement of national confusion started from the voter registration exercise conducted by Jega’s INEC back then.

There’s this story of a man who left his house in Asaba, Delta State, looking for where to do the voter registration exercise but did not return to his family even after the result of the election was announced.

A version of the story stressed that the man walked all the way on foot from Asaba to Lagos without getting a registration centre that would register him!

It’s not that he planned to come to Lagos; just that he walked from one registration centre to the other, from Asaba, past Umunede, via Agbor, after Benin, beyond Ore, past Ijebu-Ode, and before you could say “Professor Jega”, the poor fellow found himself in Lagos!

What can be more jaga-jaga than that? Meantime, while the Asaba man did his walking, five million voters had already been registered in Kano! I do know for sure that I have more enemies than Nnamdi Kanu and Sunday Igboho put together, and these enemies would not want to believe my Asaba man story.

Well, I consider the Asaba man story some kind of child’s play when placed alongside the fact that the INEC Direct Data Capture (DDC) machine refused to recognise the fingerprints of the highly dreaded Biafran boys!

A concerned Nigerian from the North – not the Consensus Candidate, please – was told that the trouble with the INEC registration was caused by slow RAMs; whereupon the man went to the market and bought some millions of a fast rams to speed up the process.

This patriotic Nigerian became disappointed when on presentation of his rams he was told that all rams are not equal – that INEC actually meant the ram that lives inside a computer called “Random Access Memory” (RAM)! The rams of the North refused to be denied and ran riot, screaming that the “computer ram” matter may be a dubious ploy by the South to swing the election!

We are not talking of magical realism here as INEC put out the story that the NYSC blokes employed to do the registration had never before set their eyes on rams in computers. While the issue of Jega’s ram jaga-jaga raged, some pundits pointed out that the then President Goodluck Ebele Jonathan was clueless in appointing as the head of INEC a man like Professor Jega who was from the same catchment area as his main opponent!

These critics stated that it’s not wise at all, for instance, to be playing a match against Shooting Stars of Ibadan only to appoint an Ibadan man as the match referee! When the referee in a football match comes to the stadium in the team bus of the opponents goals can be scored anyhow by his chosen team.

In his chequered lifetime, my great friend Fela Anikulapo-Kuti composed the tune “Clear Road for Jaga-jaga.”

While the Delta man who set off from Asaba in search of a registration centre was still “jega-jega”, that is, “walking-walking” in the dialect of Igbo language that he spoke, looking for where to register, five million rams had voted in Kano!

And Jonathan was out of power, and Orubebe went howling!

To cut a long story short, the Asaba man was so stupefied such that he had to trek back, and didn’t know when he passed his Asaba hometown, and walked past Onitsha, Nkpor, Obosi, Ihiala, Owerri and got as far as Aba before being kidnapped by some blokes who posed as INEC-employed NYSC registration officers!

Yes, Jega put Nigeria on the jaga-jaga trekking pass that has led to the country’s ambush by kidnappers lionized as bandits and herdsmen by the powers-that-be.

Jega who has since lost the umpire’s chair to another professor from his selfsame catchment area up North is now howling like Orubebe, screaming that the regime he installed “is very disappointing”. Now that Jega has joined Orubebe in a tag team of howling, jaga-jaga has come to stay in Nigeria.